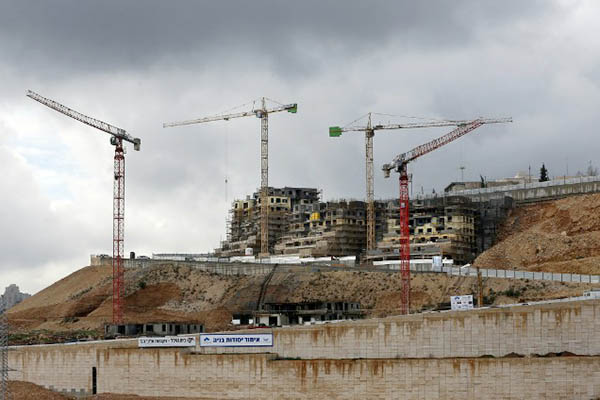 With the U.S. stepping back from two-state solution for Israel and Palestine, a list of some alternates.

U.S. President Donald Trump broke with decades of international consensus this week when he said a two-state solution to the Israeli-Palestinian conflict may not be the only answer. But if two separate states may no longer the aim, what alternatives are being mulled?

Creating a single, unitary state would likely involve Israel formally annexing Palestinian land in the West Bank and possibly the Gaza Strip. Parts of Israel’s right support annexing the occupied West Bank, claiming a historic religious connection to the land, but what rights the Palestinians living there would be given is the key.

“The real alternative is one democratic secular state where Jews, Muslims and Christians will be equals,” senior Palestinian official Saeb Erakat told reporters on Wednesday. If it included Gaza and the West Bank, such a state would mix about 6.4 million Jews with a roughly similar number of Arabs.

Israeli opponents fear such an entity would no longer be a Jewish state unless it abandons democracy and limits Arab political rights. “Those who believe they can undermine the two-state solution and replace it with what I call one state, two systems… apartheid, I don’t think in the 21st century they will get away with it, it is impossible,” Erakat said. “Without a Jewish majority, it is doubtful whether a Jewish state can remain Jewish,” late Israeli president Shimon Peres himself warned in 2012.

Arab Israeli member of parliament Ahmed Tibi gleefully pointed out that possibility in an interview with CNN this week, saying that if Palestinians got the vote alongside Israelis, he could oust Prime Minister Benjamin Netanyahu. “I will get the vote from the Palestinians and some of the Jews and [Netanyahu] will be the loser,” he said.

Israeli President Reuven Rivlin has floated the idea of two states, Israeli and Palestinian, in a confederation with defined borders, two parliaments and two constitutions but with only Israel having an army. Such a concept is likely to be a non-starter with the Palestinian moderate leadership, who have for years been demanding full sovereignty of their own independent state.

Separately, the Islamist movement Hamas, which rules Gaza, wants a state governed by Islamic law on all of historic Palestine. The party’s founding charter speaks of “the fight with the warmongering Jews.”

Israeli right-wingers have long promoted a union of a Palestinian state with the kingdom of Jordan, which would conveniently take the issue off Israel’s hands. But Jordan, which ruled the West Bank from 1948 until Israel captured it in the 1967 Six-Day war, revoked all claims to the territory in 1988, following the outbreak of the first Palestinian intifada.

A 1972 Jordanian confederation proposal was rejected by both the Palestine Liberation Organization and Israel. Nevertheless, an October 2016 opinion poll of 1,362 West Bank and Gazans by the West Bank’s A-Najah University showed that “46.1 percent of respondents supported the creation of a confederation with Jordan on the basis of two independent states with strong institutional relations.” It did not specify how many opposed the concept.

The status quo, whereby Israel controls all movement in and out of the West Bank and Gaza Strip and maintains full on-the ground military and civil control of 60 percent of the West Bank, is thought to be Netanyahu’s most comfortable option. The international community, however, insists maintaining the status quo is not sustainable.

This year’s 50th anniversary of the occupation is likely to boost diplomatic pressure for its end and to boost calls for trade boycotts of Jewish settlement products.