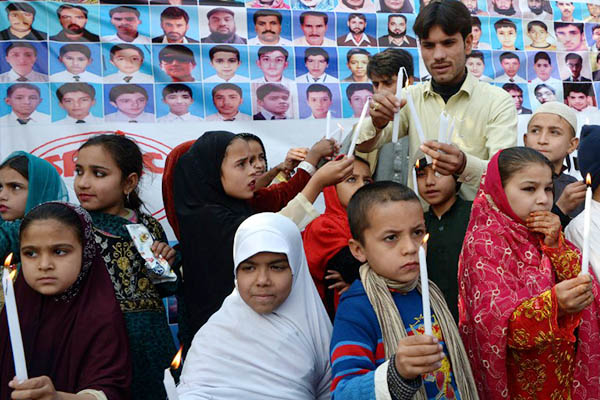 More than 150 people—mostly students—died after heavily armed men raced through the school on Dec. 16, 2014, firing indiscriminately. “We can’t forget those children,” Pakistan’s newly appointed military chief, Gen. Qamar Javed Bajwa told the gathering. “The aim of today’s function is to recall how much blood was spilled. The wound is very deep and its complete healing is impossible.”

At a memorial in the school, smartly dressed military officers presented a salute in tribute to the students and staff who died.

In the Khyber-Pakhtunkhwa Assembly, Speaker Asad Qaiser lit candles in the presence of cabinet members and lawmakers.

The Taliban have said they carried out the attack, in which all nine gunmen died, in retaliation for an Army offensive on extremists in the tribal areas. Authorities have released very few details about their investigation, despite hanging at least four people said to be involved in the attack.

The attack hardened public opinion against extremism and prompted a military-led crackdown that led to a drop in the number of deaths linked to extremist violence.