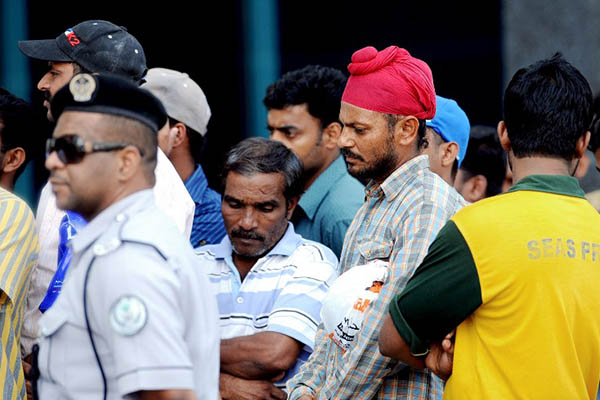 Under scheme, there will be no punishment for illegal workers who come forward by Oct. 31 and leave country voluntarily

The United Arab Emirates, a major hub for migrant laborers, on Wednesday began an amnesty for workers who entered the country without a visa or overstayed their work permit.

The government said those who entered the U.A.E. illegally or overstayed their visas and who come forward by Oct. 31 would not be fined or charged if they choose to leave the country voluntarily. The amnesty also grants those looking for employment a six-month visa to find a job.

It excludes, however, those who are “blacklisted” or with legal cases pending.

The U.A.E., the fourth largest oil producer in the OPEC oil cartel, is home to a huge workforce from Asia and Africa. Like other wealthy Gulf states, the U.A.E. is often criticized by human rights groups for its treatment of expatriate laborers, but it has taken steps to address alleged abuses.

While the government does not release figures on the nationalities of the workforce, most are believed to be foreigners.

The U.A.E. press published testimonies of blue-collar laborers who had come forward for the amnesty on Wednesday. “Girraj Prasad, 54, from the state of Rajasthan, is the first Indian who cleared all the procedures to get exemptions from fines to leave the country without a ban,” the Gulf News daily reported.

Prasad, who had worked as a tile cutter, told the daily his visa expired because his employers had failed to file papers to renew his residency.