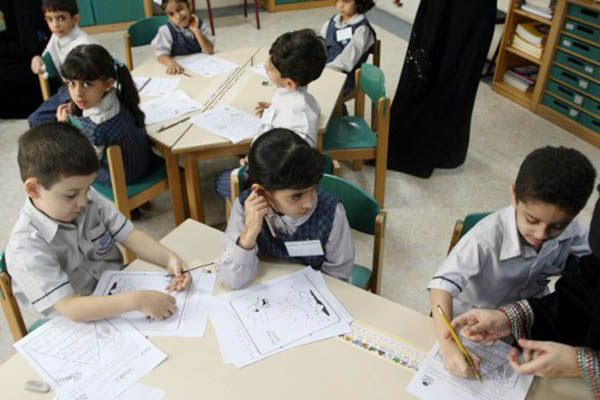 The United Arab Emirates has ordered the removal from a textbook of the term “Persian Gulf” for the waterway that is the subject of a bitter naming dispute with Iran, a newspaper reported on Monday.

The U.A.E. education ministry stepped in after complaints that the book was using that name instead of “Arabian Gulf” that Arab countries use to describe the body of water, Emirat Al-Youm said.

The ministry said the fourth grade textbook, which featured a map with the name, had been on “trial and will be corrected in future prints,” the daily reported. The authorities would distribute stickers to “cover the mistake,” it added.

The United Nations and international maps generally refer to the stretch of water between the Arabian Peninsula and Iran as the “Persian Gulf,” the term used by ancient Greek geographer Ptolemy. Arab states, particularly the Gulf monarchies that are rivals of Iran, call it the “Arabian Gulf.”

In September, Oman Air had to switch off an inflight map system following a storm of criticism after it also featured “Persian Gulf” on its route. In 2010, Tehran said it would not grant air access to planes using the term “Arabian Gulf” on their inflight maps.