U.A.E. Seeking ‘Change of Policy, Not Regime’ in Qatar 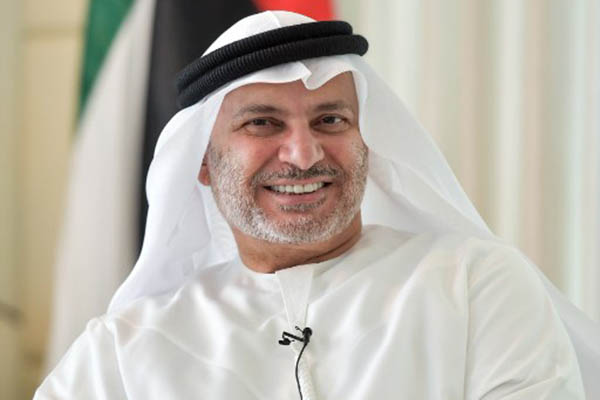 Unprecedented measures taken by the United Arab Emirates and other nations against Qatar aim to pressure Doha into drastic policy changes, a senior U.A.E. official said on Wednesday.

“This is not about regime change—this is about change of policy, change of approach,” U.A.E. state minister for foreign affairs Anwar Gargash said in an interview with AFP. “The government of Qatar is in denial,” said Gargash, accusing Qatar of being “the main champion of extremism and terrorism in the region.” Qatar’s rulers were “trying to describe this as an issue about the independence of their foreign policy, and it is not,” he said.

Saudi Arabia, the U.A.E., Egypt and Bahrain are among several states that this week cut diplomatic ties with Qatar, in the worst crisis to hit the Gulf in recent years. The four states have suspended all flights to and from Doha and given all Qatari citizens two weeks to return home.

The Arab states accuse Qatar, a gas-rich emirate at the Saudi border, of supporting extremism. Qatar has denied the charges.

Led by Kuwait, mediation efforts are now underway to resolve the crisis, which Gargash said was the result of “an accumulation over many, many years of subversive Qatari politics and support for extremism and terrorist organizations.”

Describing the emir of Kuwait as “one of the wise men of the Gulf,” Gargash said at this point he does not “see the conditions” right for mediation. “The conditions have to start with that statement [by Qatar], that will be by Qatar,” he said.

Among those conditions comes a commitment by Doha to “not using a formidable media ownership in promoting an extremist agenda,” said Gargash.

Doha should also take action against individuals who are sanctioned by the U.N. and the United States and are “roaming freely” in Qatar, and to stop providing “sanctuary” to Muslim Brotherhood leaders who have played a role in “radicalizing the region.”

“The support that Qatar has for the Hamas leadership is also a problem for the region,” Gargash added in reference to the Palestinian Islamist movement that rules the Gaza Strip in defiance of the Palestinian president Mahmud Abbas.

Qatar is still home to a number of high-profile figures of the Brotherhood and Hamas, both listed as terrorist organizations by the United States. “We have reached a cul-de-sac in terms of trying to convince Qatar to change course,” said Gargash, drawing a parallel to a similar diplomatic crisis in 2014.

Saudi Arabia, the U.A.E. and Bahrain temporarily pulled their ambassadors from Qatar in 2014 in a dispute similar to this week’s crisis. The boycott ended after Qatar agreed to a string of concessions including relocating leaders of Egypt’s Muslim Brotherhood to Turkey and cooperating with Gulf states on intelligence and security.

Qatar has nonetheless forged regional alliances independently of its fellow Gulf Cooperation Council states, drawing accusations from Saudi Arabia and its allies of serving Iranian interests. “Iran is a beneficiary of the crisis in many ways,” said Gargash. “Iran benefits from any issue or crisis between its neighbors,” he said, pointing out that Doha enjoys “fine” relations with Tehran and shares a large gas field. “Qatar wants to keep all options open,” he said.

The gas-rich emirate still hosts the U.S. airbase of Al-Udeid, which is home to some 10,000 U.S. troops and is a crucial hub in the fight against Islamic State group extremists in Syria and Iraq. Asked if Washington should shutter the Al-Udeid base, Gargash said for the moment that “is not an issue for us.”