U.K. P.M. to Warn Against ‘Damage’ of Second Brexit Vote 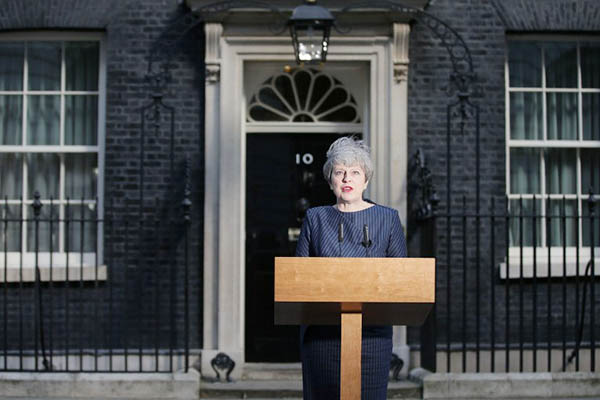 Prime Minister Theresa May would, on Monday, warn M.P.s against supporting a second referendum, saying it would do “irreparable damage” to British politics.

“Let us not break faith with the British people by trying to stage another referendum,” she is expected to tell parliament, according to extracts from her speech released by Downing Street. “Anther vote… would do irreparable damage to the integrity of our politics,” she will say, adding that a second vote “would likely leave us no further forward.” She will warn that another referendum would also “further divide our country at the very moment we should be working to unite it.”

Britain voted to leave the European Union in a referendum in 2016 and is set to leave on March 29 next year, although May is struggling to get parliament to accept a divorce agreement she struck last month.

May has faced calls for a second referendum to resolve the impasse but has argued that this would betray the 2016 result and undermine public confidence in politics. Campaigners for a referendum said May’s comments on Monday showed that the idea is being taken seriously.

“A new public vote would be different from the referendum in 2016 because we now know more about what Brexit means,” said Margaret Beckett, an M.P. from the main opposition Labour Party and “People’s Vote” supporter. “Any effort to force Brexit over the line without checking that it has the continued consent of the British people will only reinforce divisions,” she said.

Dozens of M.P.s from all the main parties also support a second referendum, as do former prime ministers John Major and Tony Blair.

There have also been reports that government officials are considering giving the public a vote.

May has delayed a crucial vote by M.P.s on the draft Brexit deal until next month, leaving the political scene in limbo. If parliament fails to approve the text, Britain will crash out of the European Union regardless—a prospect that experts warn could lead to serious trade disruption and trigger a financial crisis.

But former foreign secretary Boris Johnson, a leading Brexit campaigner, said anyone considering a second referendum was “out of their minds.”

“A second referendum would provoke instant, deep and ineradicable feelings of betrayal,” he wrote on Monday in his weekly column in the Daily Telegraph.