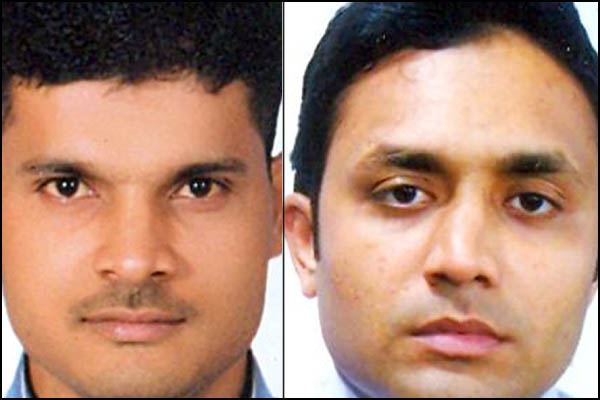 British detectives say they are looking for Mohsin Ali Syed and Muhamad Kashif Khan Kamran for the murder of Imran Farooq.

British detectives investigating the 2010 murder of Pakistani politician Imran Farooq in London have named two men they want to trace in connection with the killing.

Farooq, 50, a founding member of the Muttahida Qaumi Movement (MQM), was stabbed and beaten to death in Edgware, northwest London, as he returned home from work on Sept. 16, 2010. The two men police want to trace are both Pakistani nationals who left Britain in the hours after the murder, Scotland Yard police headquarters said in a statement.

The two men lived in Stanmore, a suburb neighboring Edgware, prior to the murder, police said. “The men are known to have registered to study at a college in east London having entered the U.K. on student visas,” the statement said.

They said they had pieced together a “significant picture” of the men’s movements in Pakistan and London, but wanted more information about their whereabouts in the days immediately prior to the murder, and on their travel out of Britain in the hours afterwards.

“Dr. Farooq’s murder would have required careful planning and help from other people, some of whom may have provided assistance or information unwittingly,” they said. “We are appealing to anyone who has not yet come forward but knew either man in Pakistan or during their time in the U.K. to contact the investigation team. The two men are believed to be in Pakistan at this time and officers continue to liaise with Pakistani authorities.”

Farooq claimed asylum in Britain in 1999. He was wanted in Pakistan over scores of charges including torture and murder related to the MQM’s activities but always claimed the accusations were politically motivated. He had twice been elected an M.P. in Pakistan but went into hiding in 1992 when the government ordered a military crackdown against party activists in Karachi.

More than 200,000 mourners packed the streets of Karachi for his burial on Nov. 6. A 52-year-old man arrested on suspicion of conspiracy to murder remains on police bail pending further enquiries. The man was arrested in June 2013 at London’s Heathrow Airport after landing on a flight from Canada.