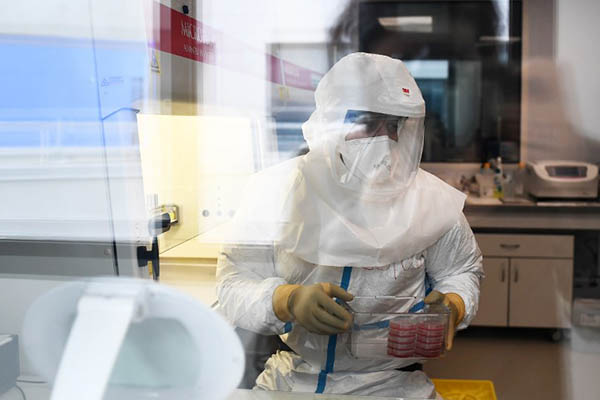 U.N. member-states on Friday agreed on a global plan to step up the fight against tuberculosis, the world’s number one killer among infectious diseases, settling a row with the United States over access to cheap drugs.

Following weeks of tough negotiations, the text of a final declaration won approval and will be formally adopted at the first-ever TB summit on Sept. 26, on the sidelines of the U.N. General Assembly meeting in New York.

In July, South Africa clashed with the United States over proposals to water down language recognizing the right of poorer countries to access cheaper medicines. The contested language referred to the so-called TRIPS trade arrangements dealing with intellectual property rights. A compromise was reached that strengthened references to TRIPS.

Medical charity MSF had backed South Africa’s stance and urged countries to resist what it described as an “aggressive push” by the U.S. pharmaceutical lobby to restrict access to low-cost drugs.

At the summit world leaders will commit to end the tuberculosis epidemic by 2030 and come up with $13 billion annually to achieve that goal, according to the 53-point final declaration. An additional $2 billion will be spent globally to fund tuberculosis research—up from $700 million currently.

MSF policy adviser Sharonann Lynch said the final declaration was an improvement from the first draft, but added that world leaders must turn up at the summit. “Heads of state have to show up at the U.N. high-level meeting on TB and exercise their rights to protect public health over drug company profits and scale up effective and affordable, generic versions of expensive patented drug-resistant TB medicines,” said Lynch.

Last year, the World Health Organization sounded the alarm when it said tuberculosis had surpassed HIV/AIDS as the world’s number one infectious killer and was the ninth cause of death worldwide.

About 1.7 million people died from TB in 2016 out of 10.4 million worldwide who became ill from the severe lung infection, according to the WHO. Five countries are the hardest-hit by the TB pandemic: India, which accounts for a quarter of cases, Indonesia, China, the Philippines and Pakistan.