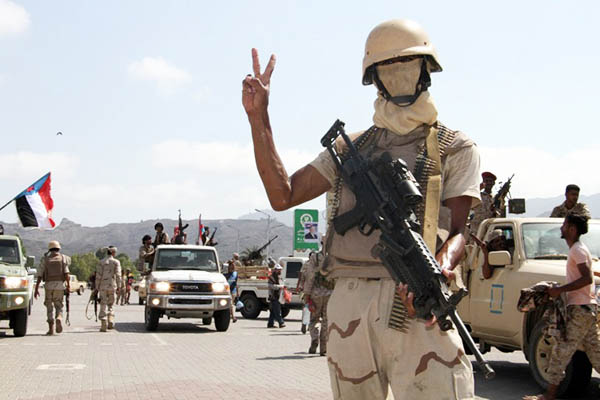 Cessation of hostilities will start on Thursday with possibility of renewal.

A 72-hour ceasefire in Yemen will go into effect starting on Thursday, the United Nations announced on Monday.

A cessation of hostilities that first went into effect in April “will re-enter into force at 23:59 Yemen time on Oct. 19 2016, for an initial period of 72 hours, subject to renewal,” the U.N.’s special envoy for Yemen, Ismail Ould Cheikh Ahmed, said in a statement.

The announcement comes after Yemeni President Abedrabbo Mansour Hadi agreed to the ceasefire in a statement earlier on Monday, a day after international calls for a truce.

Ahmed on Sunday said he had been in contact with the Houthi militia’s lead negotiator and Hadi’s government.

The United States, Britain and the U.N. peace envoy to Yemen on Sunday urged the warring parties in the country’s civil war to declare a ceasefire. Saudi Arabia’s impoverished neighbor has been rocked by a deadly war since pro-Iran rebels overran the capital Sanaa in September 2014. However, the conflict escalated after an Arab coalition, led by Riyadh, launched a bombing campaign against the Shia Houthi rebels and their allies in March 2015.

The conflict in Yemen has killed almost 6,900 people, wounded more than 35,000 and displaced at least three million since March last year, according to the United Nations.

On Sunday, U.S. Secretary of State John Kerry met in London with the U.N. envoy and his opposite numbers from Britain, Saudi Arabia and the United Arab Emirates to discuss the Yemen conflict. “This is the time to implement a ceasefire unconditionally and then move to the negotiating table,” U.S. Secretary of State John Kerry told reporters after the talks.

Previous attempts to enforce a ceasefire in the country have so far failed with the war intensifying after a round of peace talks in Kuwait ended in August without achieving a breakthrough.

The Saudi-led coalition has stepped up its air raids following the breakdown of talks and cross-border attacks from Yemen have also intensified. The previous ceasefire, announced in conjunction with the start of the Kuwait talks, was hardly observed on ground, with both sides trading blame for violating the truce.

Earlier this month, the U.N. envoy had said that a 72-hour ceasefire was expected soon adding that he was hoping to draft a new peace plan for Yemen.

The coalition has carried out hundreds of airstrikes and provided ground troops to support Hadi’s forces. But it has failed to dislodge the Houthi rebels, who are allied with forces loyal to ex-president Ali Abdullah Saleh, from key areas including the capital Sanaa.

The rebels still control large parts of the north, their historic stronghold areas, and other regions of western and central Yemen.

Taez, the country’s third city, is almost completely surrounded by the Houthis and their allies and loyalist forces have for months tried to break the rebel grip on the southwestern city. Government forces have recaptured the south and east but failed to make any significant advances.