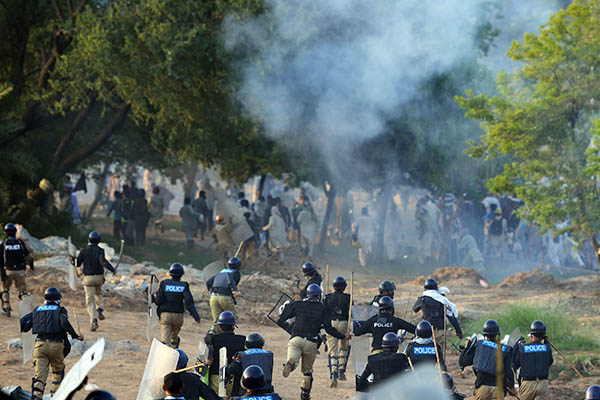 A U.N. committee has condemned the “widespread practice of torture” in Pakistan by police, the military and intelligence agencies in a report published on Friday, and called on Islamabad to implement urgent reforms to the law.

“The police engage in the widespread practice of torture throughout the territory… with a view to obtaining confessions from persons in custody,” the U.N. Committee against Torture wrote in its first report on the situation in the country, made public after months of investigation. “The Committee is seriously concerned at reports that members of the State party’s military forces; intelligence forces… and paramilitary forces… have been implicated in a significant number of cases of extrajudicial executions involving torture and enforced disappearances.” It urged Pakistan to “incorporate into its legislation a specific definition of torture” that can be applied without exception, including to the army, which is regularly accused of abusing its powers.

The U.N. highlighted that the Torture, Custodial Death and Custodial Rape Bill, presented several years ago, has yet to be put to a vote.

Pakistan, which ratified the Convention against Torture in 2010, presented its first report on the situation in the country this year—four years late. In its findings, the U.N. referred to the torture of several Pakistani bloggers who had criticized extremism and the authorities, leading to weeks in arbitrary detention.

The committee said that Pakistan had failed to launch an investigation into any of these cases, or into the numbers disappeared or killed in detention.

The National Commission of Human Rights, an organization linked to Pakistan’s Parliament, welcomed the report, saying “the publication could help start a conversation about torture” in the country. A “total” ban on torture is an “unequivocal prerequisite to effectively fight terrorism,” it added.