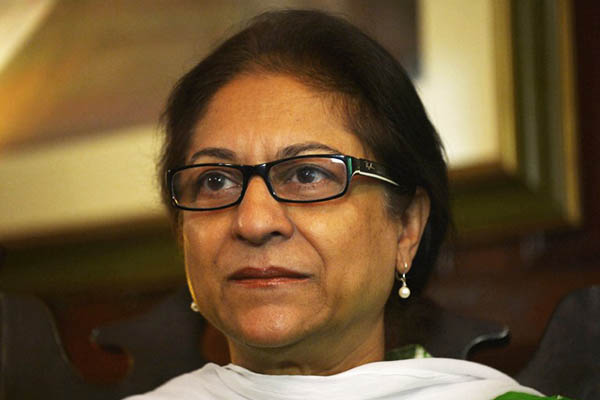 Asma Jahangir, the Pakistani lawyer and human rights activist who died in February, has been honored by the United Nations with its Human Rights Prize for 2018.

The prestigious award is given to individuals or organizations in recognition of outstanding achievements on human rights. It was established by the General Assembly in 1966 and is announced once every five years. Apart from publicly recognizing the achievements of the recipients of this award, it is also meant to send a clear message to human rights defenders across the globe that the international community is grateful for, and fully supports, their efforts.

The winners were announced on Friday. Maria Fernanda Espinosa, U.N. General Assembly president, tweeted: “Today I announced the 2018 winners of the U.N. Human Rights Prize. I am proud to recognize the contributions of individuals and organizations that promote and protect human rights.”

This year’s award ceremony will take place at the U.N. Headquarters in New York on Dec. 10—the internationally recognized Human Rights Day. The ceremony will also coincide with the 70th anniversary of the Universal Declaration of Human Rights.

Jahangir was Pakistan’s fearless human rights lawyer who spent three decades of her life persistently fighting for the rights of women, children, religious minorities and the poor. She co-founded and chaired the Human Rights Commission of Pakistan and served as the U.N. Special Rapporteur on Freedom of Religion or Belief.