U.N. in Talks to Deliver Aid to Islamic State-Occupied Areas 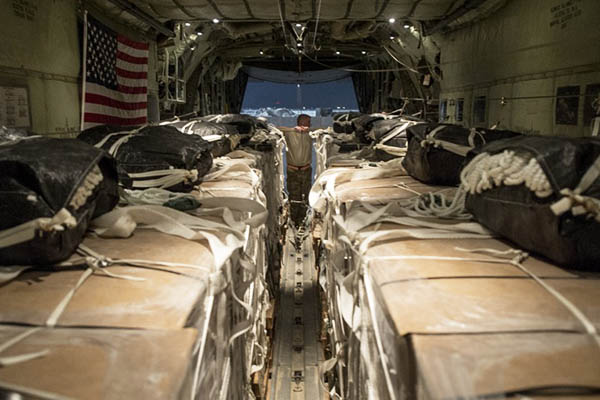 Number of Iraqis in need of aid has crossed 8 million, according to the global body.

The United Nations is negotiating with key players inside and outside Iraq on delivering humanitarian aid to areas under Islamic State control, the U.N. aid chief said Thursday.

Valerie Amos, the U.N. coordinator for emergency relief, told the Security Council that living conditions were worsening in jihadist-run territory, which largely remain no-go areas for relief organizations. “We are working to expand humanitarian access and now have a team of access and negotiation experts working with us,” Amos told the 15-member council.

She said that with support from “key member-states and other influential actors inside and outside Iraq, we hope to increase our reach to these areas.”

Over the past five months, the number of Iraqis in need of aid has increased by three million, pushing up the total to 8.2 million people. The United Nations in August declared Iraq a level-three emergency, the highest ranking for the most severe, large-scale humanitarian crises. That was two months after Islamic State fighters captured the key city of Mosul and went on an offensive, seizing large swaths of territory in a brutal campaign.

Amos said Iraqis living under Islamic State rule were becoming “more and more cut off from the rest of the country” with many barred from leaving or from communicating with those on the outside. Iraqis lack food, access to clean water and to medical care in I.S. territory while women and girls experience “horrific acts of sexual violence, physical abuse and enslavement,” she said.

A U.N. convoy carrying aid for 26,400 people recently traveled to the central Haditha district of Anbar province but was unable to reach its destination because of security fears.

Iraq’s Ambassador to the United Nations, Mohamed Ali Alhakin, told the council that his country was in the throes of a “humanitarian catastrophe” with close to two million people forced to flee their homes. “The only solution to this human tragedy is to free these cities from Daesh as rapidly as possible,” Alhakin told the council, referring to I.S.

The humanitarian crisis is likely to worsen, U.N. envoy Jan Kubis warned. Stepped-up fighting to drive out I.S. from Iraqi cities over the coming months is expected to displace as many as 1.7 million people, Kubis told the council.

U.N. agencies are making plans to build reception centers and put supplies in place to reach areas where people are expected to flee, he said. The aid effort, however, is struggling with a serious funding shortfall. Only 8 percent of the $1.2 billion needed for Iraq this year has been received.

Health services and food distributions have been scaled back and Amos warned that “the food pipeline is due to break fully in June.”

A new funding appeal is expected in early June.