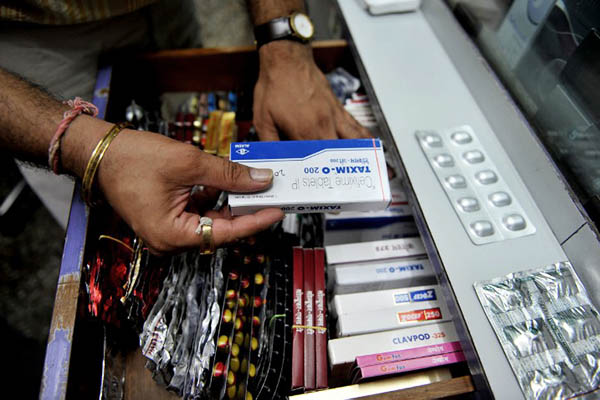 Antibiotic resistant diseases could kill up to 10 million people by 2050, according to a recent study.

The United Nations on Wednesday launched a global effort to fight so-called super-bugs that resist antibiotics, warning of a mounting death toll without more research.

“Some scientists call it a slow-motion tsunami,” Margaret Chan, director-general of the World Health Organization, told a first-of-a-kind U.N. meeting on the problem. “The situation is bad and getting worse,” she said.

Government leaders at the meeting signed an agreement that called for more research and controls on antibiotics, improved public awareness and more consideration of alternative treatments. The statement also called on each country to come up with its own national action plan on super-bugs within the next year.

“Antimicrobial resistance poses a fundamental, long-term threat to human health, sustainable food production and development,” U.N. Secretary-General Ban Ki-moon said as he opened the meeting on the sidelines of the annual General Assembly. “We are losing our ability to protect both people and animals from life-threatening infections,” he said.

Ban pointed to the outbreak of a tough strain of typhoid in Africa as well as growing resistance to AIDS treatments and a form of tuberculosis found in 105 countries that has proven impervious to antibiotics. “On current trends, a common disease like gonorrhea may become untreatable. Doctors will be forced to say, ‘Sorry, I can’t do anything for you,’” Chan said, referring to the sexually transmitted malady.

Superbugs “already haunt hospitals and intensive care units in every region of the world. Nearly all of us know someone who underwent a routine operation only to die from a hospital-acquired infection,” she said.

Chan voiced concern about the lack of medical research, saying that only two new classes of antibiotics have entered the market in the past half-century. For pharmaceutical companies, the returns from antibiotics have proven to be not worth the investment costs.

“Incentives must be found to recreate the prolific era of antibiotic discovery that took place from 1940 to 1960,” Chan said. She urged coordinated action that brings together the public and private sectors, including governments, health professionals, laboratories and also consumers.

Super-bugs are also aggravated by the overuse or incorrect use of antibiotics in humans as well as such drugs’ contamination of water supplies. For the public, Chan said that consumers should avoid meat from animals treated with antibiotics, which are commonly administered to livestock, including fish, to prevent disease but also to maximize growth.

“Antibiotics used for growth allow gains in productivity, so there is obviously an economic incentive,” said Monique Eloit, director general of the World Organization for Animal Health.

The European Union bans the use of antibiotics for growth but the practice is common in the United States and China, despite previous U.N.-backed calls to phase it out.

Eloit said there was resistance as breeders wanted more time to adapt. “You can’t tell them to stop the next day. You need to show them that there is another way to do things that is feasible and economically viable,” Eloit said.

Eloit said the future path would be to administer antibiotics on a more selective basis and to look at better vaccination of farm animals. “Reduction is possible. Like with human health, antibiotics should not be automatic,” she said.