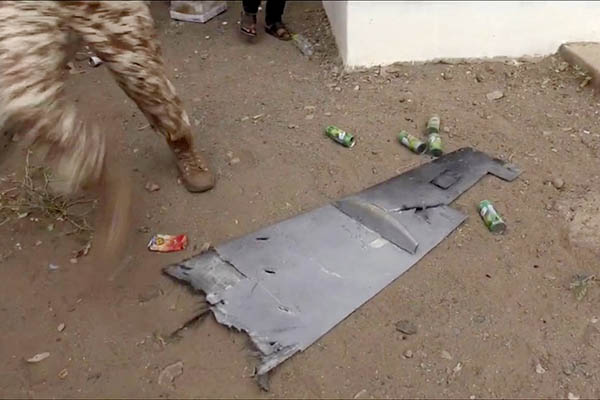 The United States and United Nations voiced alarm on Friday over the escalation of violence in Yemen and urged restraint after a rebel drone attack on the country’s largest airbase killed six loyalist soldiers.

The United States, which supports the Saudi-led coalition against the Houthi rebels, said it “strongly condemns” the strike on a military parade at Al-Anad air base. The attack, which killed six and wounded at least 12 people including top commanders, came a month after the warring sides agreed at talks in Sweden on a truce in the rebel-held port of Hodeida, a key aid gateway for the country where some 14 million are on the brink of famine.

“This attack contravenes the spirit of the Hodeida ceasefire and the progress made last month at the U.N.-led talks in Sweden,” State Department spokesman Robert Palladino said in a statement. “We urge all sides to honor the commitments they made in Sweden to their fellow Yemenis by refraining from violence and provocative acts,” he said.

U.N. envoy for Yemen Martin Griffiths said separately that he was “alarmed” by the drone attack, which came as he was hoping for further progress in negotiating an end to the war. In tweets, he urged “all parties to the conflict to exercise restraint and refrain from further escalation” and to “create a conducive environment to maintain the positive momentum generated” in Sweden.

The United Arab Emirates, a key contributor to the Saudi-led military coalition, called on the international community to pressure the Houthi rebels and blamed them for the slow progress of peace efforts. The “murderous drone attack tells you everything you need about the Houthis. Peace negotiations are a tactic to them, not a commitment,” U.A.E. Minister of State for Foreign Affairs Anwar Gargash tweeted.

The Saudi-led coalition has also received wide condemnation over the humanitarian crisis in Yemen, where air targets have included hospitals and a school bus and a sea blockade has ravaged the economy.

The war between the Houthis and loyalist troops has claimed nearly 10,000 lives. It escalated in March 2015, when President Abedrabbo Mansour Hadi fled into exile in Saudi Arabia. The Sunni Muslim kingdom says it is countering rival Iran, which has ties to the Houthis.