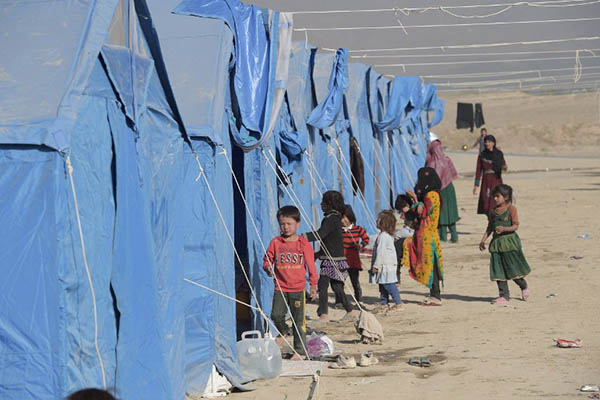 The U.N. on Thursday warned anew of a deteriorating crisis of displacement in Afghanistan as the conflict escalates, imploring the government and international donors to step up support especially for a “lost generation” of children.

More than 323,000 Afghans were internally displaced across the country in the first 10 months of this year, according to U.N. agencies, in a continuation of an upward trend over the last four years. “Warnings by humanitarian partners suggest that many more IDPs could be displaced by the end of the year, yet attention and resources allocated to their needs seem to be waning rather than increasing,” U.N. special rapporteur Chaloka Beyani said in Kabul. “The displacement picture in Afghanistan is changing as the conflict evolves and intensifies. Displacement is becoming more protracted for more people as the security situation has led many to make the difficult decision not to return to their homes.”

Beyani called on the Afghan government and its international partners to step up emergency responses for those in “protracted displacement.”

Tens of thousands of Afghans have been uprooted from their homes as the Taliban have stepped up their insurgency across the nation—from Kunduz in the north to Helmand in the south. Children, in particular, have paid a heavy price. “It is no exaggeration to speak of a lost generation of displaced Afghan children deprived of education since children constitute about 56 percent of the displaced population,” Beyani said.

Aid groups have warned that yet more displacement is likely to take place as the conflict intensifies before the onset of winter, when fighting usually tapers off.

Afghanistan has been beset by conflict and the crisis of displacement for decades. In September, the U.N. issued a flash appeal for $150 million to meet urgent needs, including winter assistance packages, by the end of the year. “I urge the donor community to respond generously and rapidly to that call,” Beyani said.