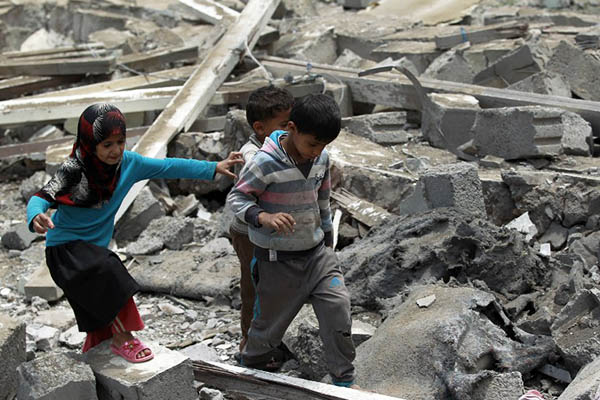 U.N. chief Antonio Guterres warned on Sunday that “much worse” lay in store for Yemen in 2019 unless its warring parties strike a peace deal and head off a humanitarian crisis.

A high number of Yemenis have been dying in “very dramatic circumstances” as a result of food shortages, Guterres told a news conference in Doha.

The United Nations on Thursday brokered a ceasefire accord between the internationally recognized government and Iran-aligned Houthi rebels to end hostilities in the flashpoint port city of Hodeida.

The deal followed a week of negotiations in Sweden as the United Nations bids to end the war in impoverished Yemen.

“The fact that famine was not yet declared does not in any way diminish our huge concern with a very high level of hunger that exists in Yemen” and “people dying in very dramatic circumstances,” said Guterres. “Without peace, we will be facing in 2019 a much worse situation than today.”

Yemen has been engulfed by fighting between the Houthi rebels and troops loyal to President Abedrabbo Mansour Hadi since 2014. The war escalated in 2015 when a Saudi-led military coalition intervened on the government side. The conflict has since killed nearly 10,000 people, according to the World Health Organization. Some rights groups believe the actual toll to be far higher.