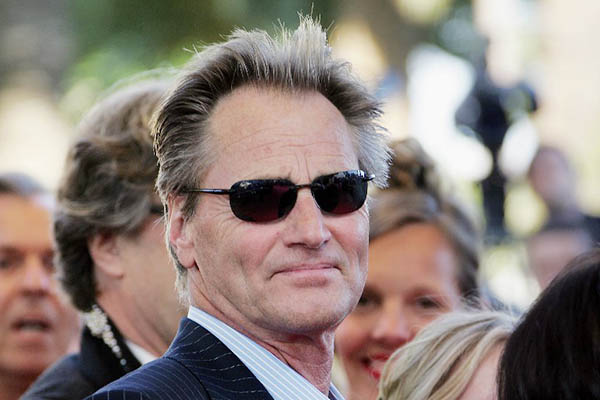 Sam Shepard, the preeminent U.S. playwright of his generation celebrated for depicting the darkness to contemporary American life and Oscar-nominated actor, has died. He was 73.

The actor, director and writer passed away on Thursday at home in Kentucky of complications from amyotrophic lateral sclerosis, or Lou Gehrig’s disease, a family spokesman confirmed to AFP on Monday.

Shepard, who wrote nearly 50 plays, won the Pulitzer Prize in Drama in 1979 for his play Buried Child and was nominated for an Academy Award in 1984 for best actor in a supporting role for The Right Stuff. He went on to star in dozens of films with acting credits on the likes of Steel Magnolias with Dolly Parton and Julia Roberts, 2001 war drama Black Hawk Down, and 2013 family saga August: Osage County with Meryl Streep.

His writing career extended to cinema and he wrote the screenplay for Paris, Texas, which won the Palme D’Or at the 1984 Cannes Film Festival. On television, his most recent work was in the first two seasons of Netflix series Bloodline in 2015 and 2016, which marked his final on-camera appearance.

“Time will sort him out as one of America’s most significant voices who told the American tale with a profound insight and with an ear for the expression of our deepest hopes and fears,” Gary Grant, theater professor at Bucknell University in Pennsylvania, said in paying tribute to his contribution to drama.

The characters he portrayed and the plays he wrote often depicted lost souls struggling to find their place in contemporary society. “‘You don’t have to look very far to see that the American male is on a very bad trip,’” Shepard told The New York Times in a 1984 interview. “There’s some hidden, deeply rooted thing in the Anglo male American that has to do with inferiority, that has to do with not being a man, and always, continually having to act out some idea of manhood that invariably is violent,” he said.

After winning the Pulitzer in 1979, Shepard was twice more a finalist for the prestigious prize for U.S. drama—for True West in 1983 and Fool for Love in 1984. “He has devoted himself to American themes—perhaps more self-consciously than any of his colleagues,” wrote the Pulitzer nominating judges in 1979.

Born Samuel Shepard Rogers in Fort Sheridan, Illinois in 1943, he was the son of a teacher and of an Army officer who was a bomber pilot during World War II. His father struggled with alcoholism, and Shepard had a nomadic childhood, moving from base to base around the country before the family relocated to an avocado farm in California and he graduated from high school in Duarte.

After school, he studied agriculture for a year before joining a traveling theater company and moving to New York, aged 19, and began writing plays.

His first New York productions, Cowboys and The Rock Garden, were produced in 1963. Since then, his work has won numerous awards, and been performed on and off Broadway and in theaters across the United States. He lived in London for several years in the early 1970s.

Shepard played the drums with bands such as the Holy Modal Rounders and collaborated with Bob Dylan in writing the 11-minute song “Brownsville Girl,” which appeared on Dylan’s 1986 album Knocked Out Loaded.

Shepard was in a long-term relationship with the actress Jessica Lange for many years. The couple had two children. Shepard is also survived by a son he shared with actress O-Lan Jones, to whom he was previously married. His final play, A Particle of Dread premiered in 2014 and his novel, The One Inside was published in February this year by Knopf.

The family spokesman said funeral arrangements were private, and that plans for a public memorial had not yet been determined.

In 1986, he was elected to the American Academy of Arts and Letters, and in 1994, he was inducted into the Theater Hall of Fame. In 2009, he received the PEN/Laura Pels International Foundation for Theater Award as a master American dramatist.