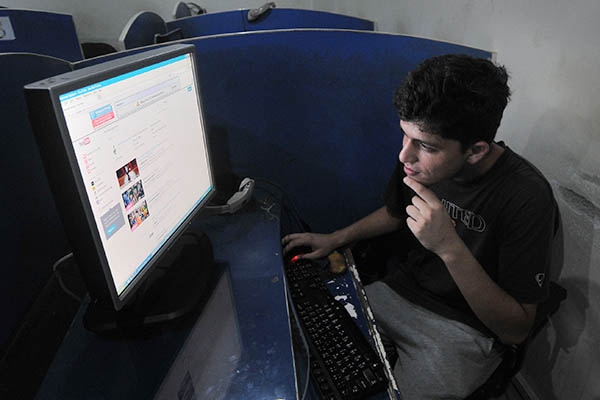 U.S. regulators voted on Thursday to scrap a 2015 order aimed at forcing broadband firms to treat all online traffic equally, in the latest turn of the politically charged “net neutrality” debate.

The Federal Communications Commission voted 2-1 to reverse the policy enacted two years earlier and which has been a subject of litigation for a decade.

Backers of net neutrality argue that the 2015 rules, which are being challenged in court, would guard against powerful broadband firms like Comcast and AT&T shutting out rival services and the creating online “fast” and “slow” lanes. But others worry such rules were a heavy-handed effort to reclassify Internet providers as utilities, and would discourage investment in the fast-evolving sector.

FCC chairman Ajit Pai, appointed by President Donald Trump, has said the change would return to “a light-touch regulatory framework.”

An FCC statement said the new plan, when finalized, would support efforts “toward restoring Internet freedom and promoting infrastructure investment, innovation, and choice by proposing to end utility-style regulation of broadband Internet access service.” The vote, which begins a period of public comment ahead of final implementation, prompted a flurry of reactions on both sides of the debate.

Net neutrality has been the subject of legal and political battles for more than a decade, with both sides claiming to represent a “free and open” Internet.

Ed Black of the Computer & Communications Industry Association, which represents major tech firms, said the FCC was moving against the public interest. “It is baffling that the agency charged with protecting consumer Internet access would instead kowtow to company threats not to invest in broadband build-out,” Black said in a statement.

Democratic Senator Al Franken said, “The FCC just took a major step toward destroying the Internet as we know it, putting the interests of a handful of giant corporations like Comcast and Verizon ahead of the American people.”

Cinnamon Rogers of the Telecommunications Industry Association however called the vote “a step in the right direction for restoring sensible rules to govern the Internet,” and said it would “allow industry to further invest in the network and meet the growing demand from consumers for new high-tech products and services.” Meredith Attwell Baker of the CTIA, an association of wireless carriers, said the new framework “will promote billions of dollars of investment, millions of jobs and future innovation.”

FCC commissioner Mignon Clyburn, who cast the dissenting vote on Thursday, wrote on Twitter: “Yet to see a credible analysis that suggests #broadband provider capital expenditures have declined” since the 2015 order.