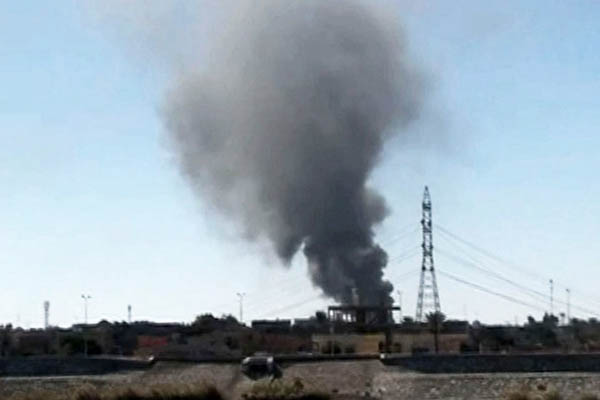 A U.S. airstrike in northern Iraq has killed an Islamic State operative who was a person of interest in the 2012 Benghazi attack, the Pentagon said Monday.

Pentagon spokesman Colonel Steve Warren said Tariq bin al-Tahar bin al-Falih al-‘Awni al-Harzi of Tunisia was killed in Mosul on June 15. The U.S. Treasury and the State Department had designated him as a terrorist operating for or on behalf of I.S.

“His death degrades ISIL’s ability to integrate North African jihadists into the Syrian and Iraqi fight and removes a jihadist with long ties to international terrorism,” Warren said.

Harzi was considered a person of interest in the militant attack on the U.S. mission in the eastern Libyan city of Benghazi on Sept. 11, 2012, that killed the American ambassador and three other Americans. The fighter was also said to operate closely with I.S.-affiliated militants throughout North Africa and the Middle East.

In its terrorist designation in September, the U.S. Treasury described Harzi as a “high-profile” member of the self-proclaimed Islamic State that has seized large swaths of Iraq and Syria. It said he raised funds for the group, as well as recruited and facilitated the travel of I.S. fighters since 2013.

Harzi was considered one of the first people to join the group as a fighter, and was named “emir” for the border region between Syria and Turkey, and helped facilitate the travel of Europeans to Syria via Turkey, including from Albania, Britain and Denmark.

The Treasury said Harzi had arranged for I.S. to receive about $2 million from a Qatar-based financial facilitator in September 2013 who required that he only use the funds for military operations. It said he led foreign operations for I.S. in mid-2013 and had ordered individuals to plan a major operation targeting a commander of the U.N. mission in Lebanon (UNIFIL).

One year after the launch of an offensive against Islamist militias in Benghazi, more than 1,700 people are estimated to have been killed and the capital of the 2011 revolution is reeling from near daily clashes and shortages.