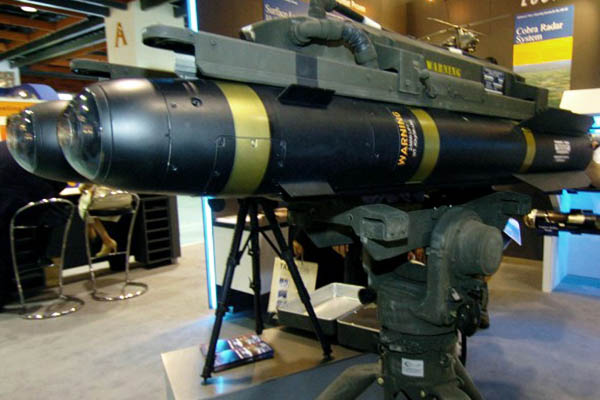 The Hellfire II missiles that are part of the sale approved by the State Department. Sam Yeh—AFP

The sale of helicopters and missiles still requires approval by Congress.

The U.S. State Department has approved the sale of almost a billion dollars’ worth of advanced helicopters and missiles to Pakistan to help its counter-terror operations.

The sale, which requires approval by Congress, would see Pakistan acquire 15 Viper Attack Helicopters and 1,000 Hellfire II Missiles, along with associated hardware and training, the U.S. Defense Security Cooperation Agency said in a statement released on Monday.

Identifying Pakistan as a country “vital to U.S. foreign policy and national security goals in South Asia,” the agency added the proposed sale, valued at $952 million, would not adversely affect the regional balance of power.

Pakistan’s principal rival in South Asia is India, a fellow nuclear power with which it has fought three wars. Washington has sought to boost its ties with New Delhi since the election of Prime Minister Narendra Modi last year.

Islamabad has been battling a homegrown Islamist insurgency since 2004 and has deployed about one third of its forces in its restive tribal areas along the Afghan border where they are engaging Taliban and Al Qaeda linked militants.

“This proposed sale will provide Pakistan with a precision strike, enhanced survivability aircraft that it can operate at high-altitudes,” the agency said. “By acquiring this capability, Pakistan will enhance its ability to conduct operations in North Waziristan Agency, the Federally Administered Tribal Areas, and other remote and mountainous areas in all-weather, day-and-night environments.”

Pakistan also maintains a state of high readiness on its heavily militarized eastern border with India and provides training and assistance to Middle Eastern allies such as Saudi Arabia.