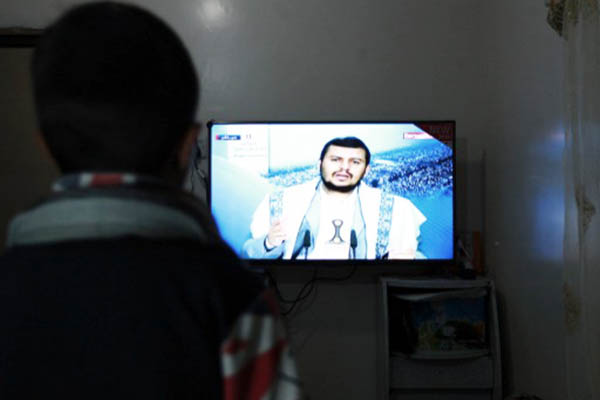 Houthi militia chief has announced dissolution of government, as analysts warn country is at crossroads.

The United States has shut its embassy in Yemen indefinitely and evacuated its staff after the Shia Muslim militia that grabbed power in Sanaa warned against attempts to “destabilize” the country.

The State Department said Tuesday it made the decision “due to the deteriorating security situation in Sanaa,” and as the United Nations brokered a second day of talks aimed at resolving the crisis gripping the country.

Yemen has failed to achieve stability since longtime president Ali Abdullah Saleh stepped down in early 2012 after a bloody yearlong popular uprising. It is battling an Al Qaeda insurgency and facing a separatist movement in the formerly independent south.

Matters worsened in September when the Houthi militia, fearful of being marginalized by a proposed new constitution, seized control of the capital and began pushing southward into Sunni Muslim areas. That drew fierce resistance from tribes and from Al Qaeda.

The advance continues, and residents said Tuesday the Houthis had seized Baida, capital of the southern central province of the same name.

Speaking in a televised address as the talks carried on at a Sanaa hotel, Abdelmalek al-Houthi said “it is in the interests of everyone, both inside and outside the country, that Yemen be stable.

“The interests of those who bet on chaos and want to hurt the economy and security of the people will suffer,” the Shia militia leader warned. In particular, he singled out the Sunni monarchies in the Gulf, who have vowed to defend their interests in the face of what some are calling a coup.

Houthi also sought to reassure diplomats after reports that some embassies in Sanaa intended to close for security reasons. “Some people are raising concerns among diplomatic missions so that they flee the country,” he said, adding, “these fears are unfounded. The security situation is stable” in Sanaa.

The U.S. announcement closing its embassy came shortly after his comments. It also advised U.S. citizens to leave, citing: “the high security threat level in Yemen due to terrorist activities and civil unrest.”

Addressing his adversaries, Houthi proposed what he called “a partnership” under the “constitutional declaration” by which the militia seized power on Friday. He took particular aim at the Sunni Islamist party Al-Islah, one of the fiercest opponents of his militia, urging it to give up an ideology “that excludes the other.”

Speaking on the eve of the fourth anniversary of the start of the uprising against Saleh, Houthi urged his supporters to celebrate the event en masse in the capital Wednesday. On Friday, matters came to a head when the Houthis said they had dissolved parliament and created a presidential council to bring the country out of crisis.

U.N. envoy Jamal Benomar has warned that Yemen is at a “crossroads,” and urged political leaders to “take up their responsibilities and achieve consensus” as he battles for a negotiated solution.

On Tuesday evening, some people participating in the talks said an agreement in principle had been reached, but the Houthis refused to confirm that. In Tuesday’s fighting, residents of Baida said elements of the Republican Guard still loyal to Saleh had supported the Houthis in the heavy combat that led to the city’s fall. And in the west of the province, 10 Houthis were killed and another six captured in fighting with local tribesmen, tribal sources said.

The Houthi takeover has drawn international condemnation, with U.N. chief Ban Ki-moon calling for President Abedrabbo Mansour Hadi, who has resigned, to be restored to power. “The situation is very, very seriously deteriorating, with the Houthis taking power and making this government vacuum. There must be restoration of legitimacy of President Hadi,” Ban said.

The fall of Hadi’s government has sparked fears that impoverished Yemen—strategically located next to oil-rich Saudi Arabia and on the key shipping route from the Suez Canal to the Gulf—could plunge into chaos.