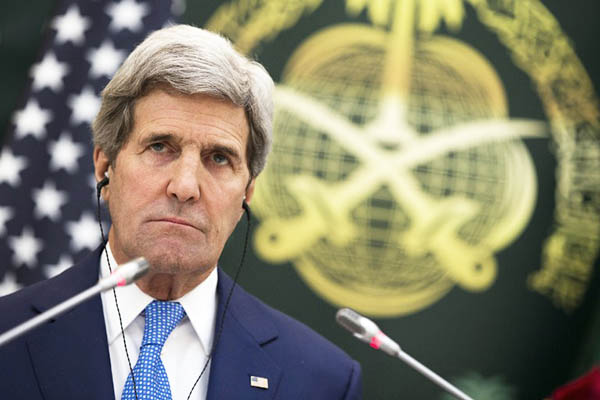 The U.S. embassy in Saudi Arabia said it had suspended consular services in the kingdom for two days due to “heightened security concerns,” after warning of threats against Western oil workers.

All services in Riyadh and at the consulates in Jeddah and Dhahran have been cancelled for Sunday and Monday, it said in a statement posted on its website Saturday. The embassy warned U.S. citizens to take extra precautions and keep a low profile if they were out in public.

“All U.S. citizens are encouraged to be aware of their surroundings, and take extra precautions when traveling throughout the country,” it said. “The Department of State urges U.S. citizens to carefully consider the risks of traveling to Saudi Arabia and limit non-essential travel within the country.”

The embassy on Friday had warned that Western oil workers risked being attacked or kidnapped by “terrorist” groups. It did not identify the source of the threats and said no details were available on the planned attacks.

Saudi Arabia is taking part in U.S.-led airstrikes that began in September against the Islamic State jihadist group in Syria, raising concerns about possible retaliation.

Westerners in Saudi Arabia have come under attack four times since October. The latest was last month when U.S. defense contractor Vinnell Arabia said two of its American employees were shot at in Eastern Province, where most of the kingdom’s oil wealth is concentrated. Saudi police said that one of them was wounded but results of the investigation that followed have not yet been revealed.

In October, another Vinnell employee was shot dead and another wounded at a petrol station in Riyadh, in what Saudi authorities have said was not a “terrorist-related” incident.

A Dane was wounded in November as he was driving away from his workplace when he was fired upon from another car. Authorities said the three Saudis arrested on suspicion of involvement in that attack had acted “in support of” the Islamic State group.

A week after the Dane’s shooting, a Canadian was stabbed and wounded while he shopped at a mall on Saudi Arabia’s Gulf coast.