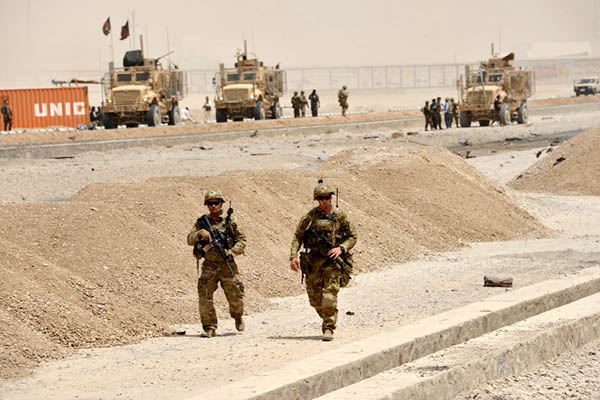 Spokesman for U.S. Forces-Afghanistan claims only militants were killed in Nangarhar strike

The United States on Saturday vehemently denied claims by Afghan officials that it had killed several civilians in an airstrike in volatile eastern Afghanistan.

Afghan officials had said 11 civilians, including women and children, were killed when a private vehicle was struck in Haska Mina district of Nangarhar province, a hotbed of Islamic State activity, on Thursday. But United States Forces-Afghanistan said in a statement the airstrike “killed a number of militants.”

“The militants were observed loading weapons in to a vehicle and were under surveillance until the vehicle was destroyed by an airstrike,” said Bob Purtiman, a spokesman for American operations in Afghanistan. “The strike was conducted in the middle of open terrain. There was zero chance of civilian casualties. This was the second false claim of civilian casualties in the same district in the last three weeks,” Purtiman added.

Of the roughly 13,000 foreign forces in Afghanistan only the U.S. carries out airstrikes. They have been regularly targeting I.S. fighters who control several districts in restive Nangarhar.

Civilian casualties caused by NATO forces have been one of the most contentious issues in the close to 16-year campaign against insurgents, prompting strong public and government criticism. Last month a U.S. airstrike killed 16 policemen in Helmand province. It came after a U.S. airstrike in Sangin killed at least 18 civilians, mostly women and children, in February.

Civilian deaths are at an all-time high in Afghanistan. In the first half of the year, 1,662 civilians were killed and more than 3,500 injured, according to the United Nations.