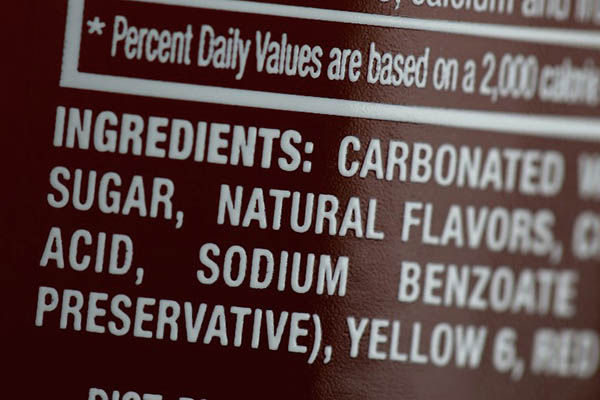 Added sugars in foods should make up less than 10 percent of daily calories, said U.S. government dietary guidelines issued Thursday that for the first time urged specific limits on sweets.

Saturated fats should also make up less than 10 percent of a day’s food intake, said the guidelines which are released every five years by the U.S. Department of Agriculture and the Department of Health and Human Services. Doctors and some consumer groups hailed the guidelines as an important step forward in a nation where more than one third of adults—nearly 79 million people—are obese. But critics said the recommendations fall short, and alleged that the U.S. government had bowed to pressure from meat and dairy interests.

“USDA and HHS did not include explicit recommendations about the risks of red meat and the benefits of plant-based diets, ignoring clear scientific evidence from their own advisory committee,” said Andrew A. Rosenberg, director of the Center for Science and Democracy at the Union of Concerned Scientists. “Today’s guidelines are a disappointment, as they left out some important information, apparently due to political pressure from food industry lobbyists.”

The guidelines come on the heels of an advisory committee’s recommendations in February last year that urged less red meat consumption, but were also less concerned with cholesterol intake than in years past.

The 2015-2020 Dietary Guidelines no longer contain advice to limit cholesterol from eggs in its “key recommendations,” which now encourage people to consume “as little dietary cholesterol as possible while consuming a healthy eating pattern.”

Eating less red meat is linked to a lower risk of heart disease and stroke, as well as a lower risk of obesity, type 2 diabetes, and some types of cancer, the guidelines say. They also recommend a healthy lifestyle that includes regular exercise and a diet based on vegetables and whole grains.

When it comes to sodium, most should limit their salt intake to below 2,300 milligrams a day, and those with high blood pressure should go even lower—to 1,500 milligrams. Women should drink no more than one alcoholic beverage per day, while men can have up to two.

The American Medical Association applauded the guidelines for their “focus on achieving a healthy overall diet rather than focus on consuming only specific nutrients,” and for urging limits on sugar. “With obesity and its associated health consequences—namely type 2 diabetes and cardiovascular disease—on the rise throughout our country, the AMA also is extremely pleased that the new recommendations call for significantly reducing the amount of added sugars and sugar sweetened beverages from the American diet.”

Michael Jacobson, president of the nonprofit Center for Science in the Public Interest, said the group was “disappointed that the guidelines downplayed the importance of consuming less dietary cholesterol, especially from eggs,” but said that overall the advice “is sound, sensible and science-based. If Americans ate according to that advice, it would be a huge win for the public’s health.”