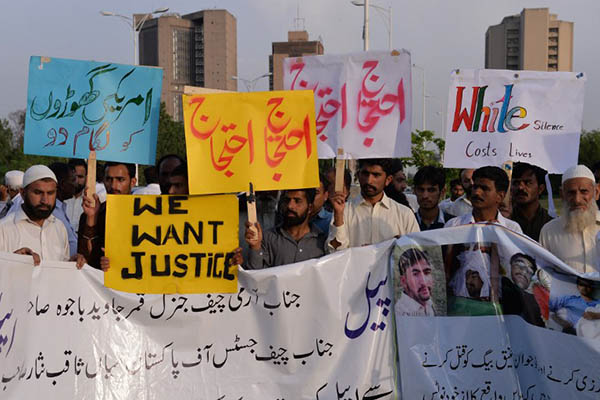 Pakistan has allowed a U.S. diplomat involved in a fatal traffic accident to leave the country, an official said on Tuesday, following a weeks-long standoff and street protests over the incident.

The diplomat—described as the defence attaché in an earlier report—departed Islamabad late Monday, a senior Pakistani government official told AFP on condition of anonymity.

“The U.S. diplomat has been allowed to return to the U.S. in light of the High Court’s decision that he had diplomatic immunity,” the official said. A U.S. embassy spokesman could not immediately be reached for comment.

A sports utility vehicle in which the diplomat was traveling hit a motorcyclist and his passenger at an intersection in Islamabad last month. Atiq Baig, 22, died of head injuries while his cousin, who was the passenger, was injured.

Weeks later, a second accident involving a U.S. diplomat colliding with a motorcyclist also made headlines in the country but only resulted in minor injuries.

Tensions are simmering between Islamabad and Washington as the U.S. pushes Pakistan to crack down on safe havens it allegedly provides for militants. In January the White House suspended nearly $2 billion in funding in an attempt to force Pakistan to halt its alleged support for the Afghan Taliban and other Islamist groups.

Pakistan has long denied the accusation.

In the wake of the fatal collision, the Pakistani media drew repeated comparisons with the fatal shooting of two men by CIA contractor Raymond Davis in Lahore in January 2011. After months of negotiations, a Pakistani court eventually freed Davis following the payment of $2 million to the families of the dead men.