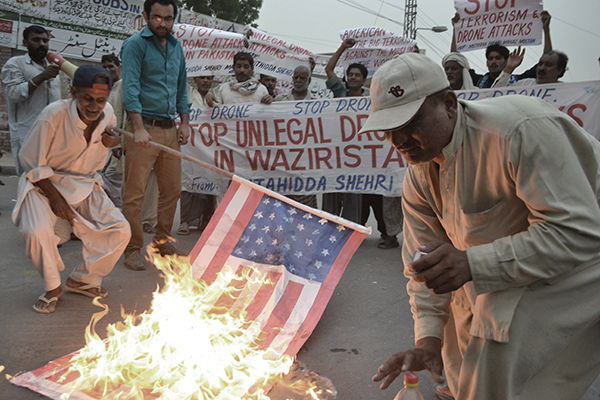 The dead said to include Uzbeks, Haqqani network members.

At least seven suspected militants have been killed in the latest U.S. drone strike in Pakistan’s semiautonomous tribal belt.

The latest strike took place in Lawara Mandi village in the federally-administered North Waziristan tribal agency, where the Pakistani military began Operation Zarb-e-Azb against militants in mid-June. This is the fifth drone strike since June 12.

“A drone fired two missiles at a compound in Lawara Mandi and at least seven militants were killed,” said a senior security official in the region, adding that the dead included local and foreign militants, including Uzbeks and Haqqani network members.

More than 550 militants and 29 soldiers have been killed in Zarb-e-Azb so far, according to the Pakistani military. Almost a million people have been displaced by the military operation.