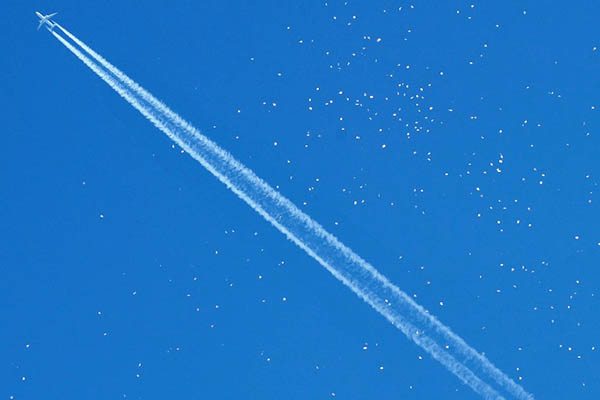 The graphic pamphlets aim to show that joining the militant group is akin to jumping into a meat grinder.

The U.S. military dropped 60,000 leaflets on the Islamic State group’s de facto capital in Syria showing a grisly depiction of extremist recruits being fed into a meat grinder, the Pentagon said Thursday.

An F-15E fighter jet last week unloaded a canister containing the graphic leaflets on the northern city of Raqa, the latest in an effort by a U.S.-led coalition to undermine the I.S. extremists’ own extensive propaganda and recruiting efforts.

“The message of this leaflet is: if you find yourself recruited by Daesh, you will find yourself in a meat grinder—and it’s not beneficial to your health,” said Pentagon spokesman Colonel Steven Warren, using the Arabic acronym for the I.S. group.

The drawing shows young men lined up under a sign in Arabic, “Daesh Recruiting Office.” An I.S. man with a monstrous face is beckoning a frightened-looking recruit forward, while a second I.S. member is operating the meat grinder, pushing someone into the machine—which is labeled “Daesh.” Blood is spewing from the grinder’s feeder tube, and two legs are sticking out.