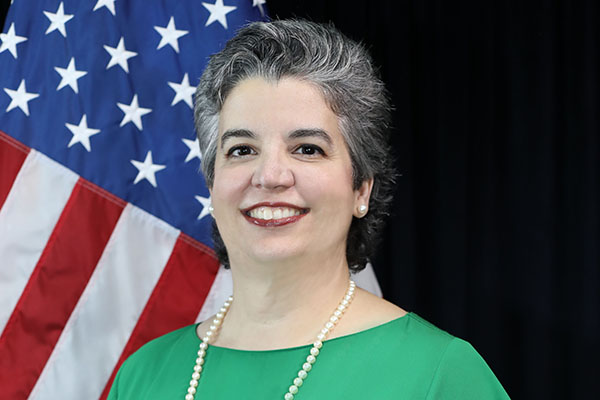 In interview with state-run APP, Catherine Rodriguez says new services will be offered once Lahore consulate shifts to bigger location

The United States Consulate General in Lahore plans to offer visa services from the provincial capital after it moves to a new building that is capable of handling the excess load, Consul General Catherine Rodriguez said on Sunday.

Talking to state-run Associated Press of Pakistan, the U.S. diplomat said the move was designed to ease visa processing for residents of Punjab province. “It is only possible if the Lahore consulate is moved in a new building as the current building housing the U.S. consulate was built in 1933 and is too cramped to start new services,” she said, adding that currently 25,000 people from Punjab travel to Islamabad or Karachi U.S. visas annually.

Rodriguez said the U.S. had already identified suitable land in Lahore for a new office, which would allow better administration, more space and improve facilities for the public. She said work on it would commence once the land had been duly acquired from the provincial government.

According to the consul general, a new building would also aid in better service delivery. She said it would allow the consulate to depute more staff toward agriculture, commercial services, and cultural exchange programs. It would also, she added, focus on enriching ties with businesses in America.

A career member of the U.S. Foreign Service, Rodriguez assumed her position as consul general of Lahore in September 2019. Her previous assignments include stints in Karachi and Peshawar.

During her interview with APP, she said youth development and women empowerment was key to her plans for the consulate. She said women make up approximately 50 percent of Pakistan’s population and their participation in the national economy was essential for development. “Women must have faith in themselves and do their best to challenge barriers fearlessly,” she said, adding men and women must work side-by-side to achieve prosperity.

The consul general said that she hoped to improve people-to-people contacts during her tenure in Lahore, while also encouraging opportunities for local businesses, supporting religious tourism, and creating public awareness on air quality issues in Punjab, especially Lahore. Holding a Master’s degree in Environmental Science and Policy, Rodriguez said poor air quality was an especially vital issue to tackle, as it can create many health hazards.

The mission recently invited U.S. envoy on Science Dr. James Schauer to Lahore to visit universities and meet business leaders and government functionaries in an effort to mobilize Pakistani society on air quality, she added.

Discussing the consulate general’s plans to preserve Punjab’s cultural heritage, the diplomat said $2 million had been provided for the preservation of historic sites in Punjab. In addition, she said, the consulate had invited applications and proposals for heritage funding in December. “A sum of $1.2 million has already been committed for the preservation of archaeologically important houses around Wazir Khan mosque—a project previously funded by the U.S.,” she said.

On education, Rodriguez said the U.S. had always supported such initiatives in Pakistan, and referred to the Fulbright scholarship, university exchange programs, and the English Access Program as services offered to promote education and scholarship.

Rodriguez is set to hold her current post for the next two years, and she told APP that she hoped to use the time to expand her knowledge of Pakistan’s northern areas. She said the U.S. wanted a strong a prosperous Pakistan, adding Washington wished to be a party of that great future.