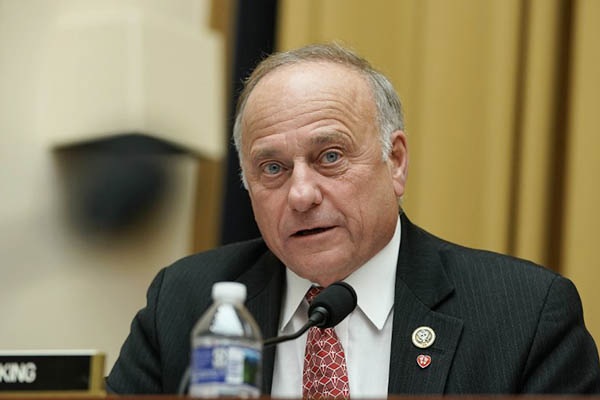 U.S. House Republican leaders delivered an extraordinary rebuke on Monday to an Iowa congressman from their party over his recent remarks deemed as racist, with some calling for his resignation.

Steve King, whose comments last week about white supremacy sparked bipartisan outrage, will be stripped of all committee assignments, House Minority Leader Kevin McCarthy’s office said. “Steve’s remarks are beneath the dignity of the Party of Lincoln and the United States of America,” McCarthy said. “His comments call into question whether he will treat all Americans equally, without regard for race and ethnicity.”

King, a strong supporter of President Donald Trump, is an opponent of illegal immigration and unabashed defender of white culture.

In an interview last week with The New York Times, the 69-year-old asked how certain terms had become insulting or inappropriate. “White nationalist, white supremacist, Western civilization—how did that language become offensive?” said King in his latest in a long list of similar comments.

The outcry was comprehensive, with the Senate’s lone black Republican, Tim Scott, delivering a withering attack on King and the “silence” within the Republican Party when such remarks are made.

Amid the uproar, President Donald Trump told reporters asking about his reaction to King, “I really haven’t been following it.”

King has used explosive racial language for years, often without consequences. In 2018 he declared that “we can’t restore our civilization with other people’s babies.” The House speaker at the time, Paul Ryan, said he hoped King “misspoke.”

With pressure mounting Monday, McCarthy took action. His move, approved by the House Republican Steering Committee, effectively prevents King from putting his stamp on legislation, other than through a vote on the House floor. King called McCarthy’s castigation an “unprecedented assault on my freedom of speech.”

King was re-elected in November for a ninth term despite caustic rhetoric about what he called efforts to supplant Europe’s white Christian majority with minorities. Some Democrats mocked Republicans for their sudden outrage. “GOP leaders finally acknowledge Steve King as the blatant racist he is,” congressman Earl Blumenauer tweeted. “The question is… what took them so long? He has been spewing hate for years.”