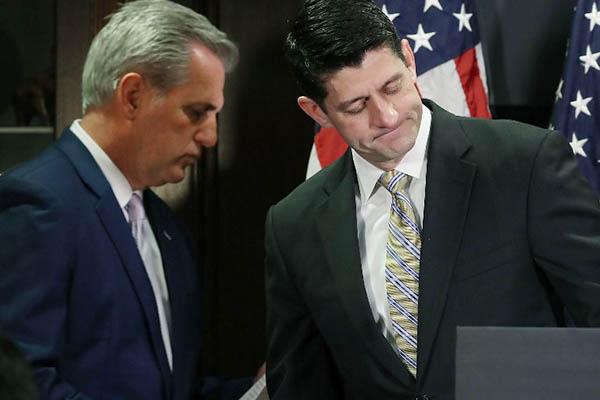 Republicans in the U.S. House of Representatives on Monday backed a proposal to take ethics oversight away from an independent group and give the authority to the lawmakers themselves.

The proposal by Republican congressman Bob Goodlatte of Virginia would gut the independent Office of Congressional Ethics—which already does not punish lawmakers—and was approved 119-74. House Speaker Paul Ryan opposed changing ethics rules but legislators disregarded his leadership on the issue.

Goodlatte maintains that altering the ethics review process “strengthens the mission” of the office. “It also improves upon due process rights for individuals under investigation, as well as witnesses called to testify. The [ethics office] has a serious and important role in the House, and this amendment does nothing to impede their work,” he said in a written statement on Monday.

Democrat Nancy Pelosi of California, the House Minority Leader, voiced dismay. “Republicans claim they want to ‘drain the swamp,’ but the night before the new Congress gets sworn in, the House GOP has eliminated the only independent ethics oversight of their actions. Evidently, ethics are the first casualty of the new Republican Congress,” she said in a statement. “The amendment Republicans approved tonight would functionally destroy this office,” she added.

President-elect Donald Trump will have a Republican-led House and Senate, when he is sworn in Jan. 20. “Trump’s cabinet of billionaires & CEOs have ignored gov ethics rules & dragged their feet on FBI background checks & financial disclosure,” Democratic senator Elizabeth Warren said on Twitter.