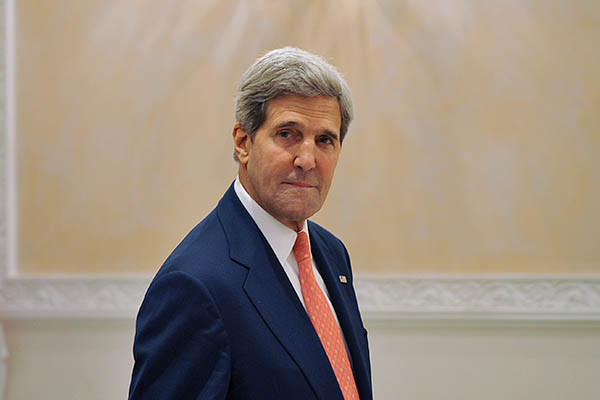 White House spokesman admits there are ‘tensions’ in Washington’s relations with Islamabad.

The United States implicitly defended Monday the killing of a top extremist leader in a drone strike in Pakistan, but admitted “tensions” and occasional “misunderstandings” in its relations with Islamabad.

The Pakistani government reacted angrily to Friday’s attack on Hakimullah Mehsud, leader of the Pakistani Taliban, saying it would scuttle its peace talks with the group.

“There inevitably will be some tensions and occasional misunderstandings between our two countries,” White House spokesman Jay Carney said on Monday. “We hope to continue to make progress in the relationship, and we continue to seek ways for our countries to cooperate on the entire range of shared interests that we have, from economic to security issues.”

Carney would not confirm the drone strike that killed Mehsud, in line with normal practice in such attacks, but he said the Tehreek-e-Taliban Pakistan (TTP) leader had a long list of extremist credentials, including a failed bombing in Times Square, New York, in 2010.

Carney charged that Mehsud and other TTP leaders had “publicly vowed to continue targeting the United States and Americans.”

U.S. Secretary of State John Kerry, speaking at a press conference in Riyadh, also refused to comment on the drone strike.

But addressing the reports of Mehsud’s death, he said: “I will just say very clearly that this is a man who is absolutely known to have targeted and killed many Americans, many Afghans and many Pakistanis.”

“A huge number of Pakistanis have died at the hands of Mehsud and his terrorist organization,” the U.S. top diplomat told reporters. “Pakistan has been deeply threatened by this insurgency in Pakistan. I think upwards of some 50,000 troops and civilians have died in the last few years at the hands of the insurgency. And this man is one of those insurgents.”

Mehsud was also wanted in connection with the killings of seven Americans at a U.S. base in Khost province, Afghanistan—a suicide bomb attack in which five CIA anti-terror officers and two contractors were killed.

But Pakistan’s Interior Minister Chaudhry Nisar on Saturday accused Washington of sabotaging peace efforts with the strike on Mehsud.

Anti-American sentiment runs deep in Pakistan and drone strikes are hugely unpopular, with many criticizing them both for civilian deaths and as a violation of sovereignty.

Kerry, however, said the U.S.-Pakistan relationship “is a very important one” and that Washington would welcome further discussion on the challenges they still had to grapple with.

When Sharif visited the White House, the State Department announced the release of $1.6 billion in aid, including $1.38 billion for the country’s military.

The money had been frozen as relations plummeted amid a series of crises in 2011 and 2012 including the clandestine U.S. raid to kill Al Qaeda chief Osama bin Laden at his hideout in Pakistan.