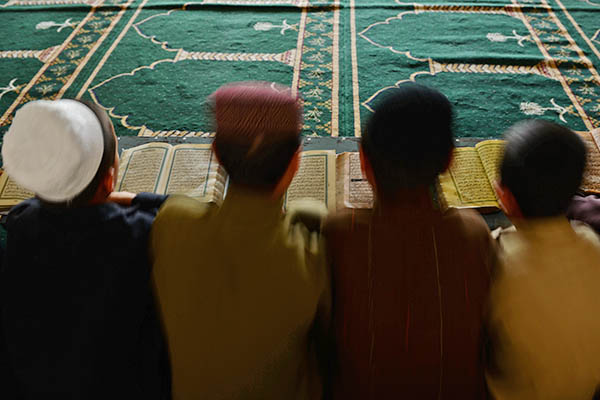 Treasury claims Ganj madrassah is a terrorist training center that supports Al Qaeda, the Taliban, and the LeT.

The U.S. Treasury on Tuesday set economic sanctions on a madrassah in Pakistan, branding it a “terrorist training center” supporting Al Qaeda and the Taliban.

The Treasury said the Ganj madrassah in Peshawar was being used as a training and recruitment base by the two militant groups, as well as the radical Lashkar-e-Taiba blamed for the November 2008 Mumbai attacks that killed 166 people.

The head of the madrassah, Fazeel-A-Tul Shaykh Abu Mohammed Ameen Al-Peshawari, known as Shaykh Aminullah, has been a U.S. and U.N.-designated terrorist since 2009, for his support of Al Qaeda and the Taliban.

But it was the first time a madrassah—generally, schools managed under Islamic principles—has been the target of sanctions, which forbid any Americans from having any business interaction with it, and freeze any of its assets that come under U.S. jurisdiction.

“Today’s action is the first designation of a madrassah that is being abused by terrorist organizations,” the Treasury said in a statement. “This action does not generally target madrassahs, which often play an essential role in improving literacy and providing humanitarian and developmental aid in many areas of the world, including Pakistan.”

It said the Ganj school is a place “where students, under the guise of religious studies, have been radicalized to conduct terrorist and insurgent activities.”

In addition, the Treasury set sanctions on Umar Siddique Kathio Azmarai, who it said has served as a facilitator and courier in the Al Qaeda organization since the late 1990s, including providing support for the family of the now-dead Osama bin Laden.