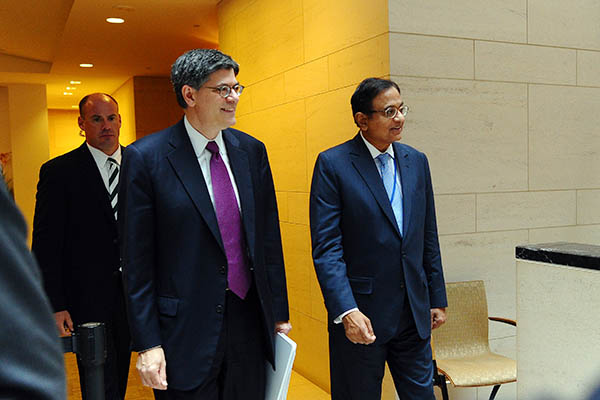 The United States and India agreed Sunday to step up cooperation to prevent the financing of violent extremist movements linked to Pakistan, officials said.

Mayaram said in a statement that efforts would target groups such as Lashkar-e-Taiba and the affiliated Jamaat-ud-Dawaah, which investigators blame for the grisly 2008 siege of Mumbai that killed 166 people.

The statement did not provide more details on how the two sides would expand cooperation. India has been seeking to pressure the LeT, which operates virtually in the open in Pakistan.

Mayaram also mentioned action against another Pakistan-linked movement, the Haqqani network. The group, blamed for attacks on the Indian embassy and U.S. forces in Afghanistan, was designated last year as a terrorist group by the United States.

The two countries agreed to keep working on a bilateral investment treaty, which President Barack Obama and Prime Minister Manmohan Singh have supported as a way to boost trade.

U.S. companies have increasingly criticized India on trade issues including the developing economy’s support of generic drugs, which advocates say are affordable for the world’s poor but which Western businesses say violate patents. The two sides, who also discussed the fiscal crisis in the United States, called for “sound macroeconomic policies, structural reforms and strong prudential frameworks” to support economic growth and market stability, Mayaram said.