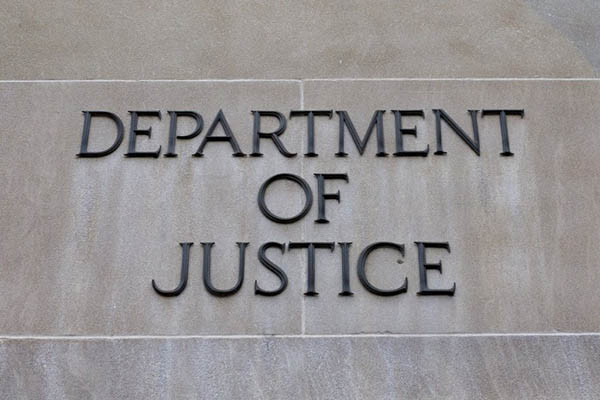 Moscow dismisses allegations as absurd, while Donald Trump claims ‘no collusion’ once again

The U.S. special prosecutor investigating Moscow’s meddling in the 2016 presidential election on Friday indicted 13 Russians for allegedly running a secret campaign to tilt the vote, prompting claims of vindication from President Donald Trump.

The indictment—which includes the first charges laid by special counsel Robert Mueller for election interference—detailed a stunning operation launched in 2014 in a bid to sow social division in the U.S. and influence American politics “including the presidential election of 2016.”

Mueller alleges that by mid-2016, the campaign—under the direction of Yevgeny Prigozhin, a close ally of Russian President Vladimir Putin—became focused on boosting Trump and demeaning his rivals including Democrat Hillary Clinton. It allegedly involved “hundreds” of people working in shifts and with a budget of millions of dollars. Three companies were also indicted.

Moscow dismissed the allegations as “absurd.”

According to the indictment, members of the group posed as U.S. citizens on Facebook, Twitter, YouTube and Instagram, posting content that reached “significant numbers” of Americans. The group was allegedly in contact with “unwitting” members of the Trump campaign, but had a broader “strategic goal to sow discord in the U.S. political system.”

Content created by the group was retweeted by the president’s two eldest sons Don Jr. and Eric, as well as other top campaign officials and members of Trump’s inner circle. “There is no allegation in this indictment that any American was a knowing participant in this illegal activity,” said Deputy Attorney General Rod Rosenstein. He added that there was also no judgment on whether the campaign “altered the outcome.”

Trump leapt on Rosenstein’s comments, claiming they vindicated his campaign team. “Russia started their anti-U.S. campaign in 2014, long before I announced that I would run for president,” he tweeted. “The results of the election were not impacted. The Trump campaign did nothing wrong – no collusion!”

The allegations are a double-edged sword for Trump, who has repeatedly dismissed claims of Russian interference as “fake news” and a “hoax” designed to take away from his election victory.

On one hand, they confirm Russia interference, but they also seem to clear his campaign of knowing involvement with at least a portion of Moscow’s efforts to influence the contest. Russia is also suspected of hacking and leaking embarrassing Democratic emails.

Four Trump campaign officials, including his campaign manager Paul Manafort and his national security adviser Michael Flynn, have already been indicted as part of Mueller’s broader investigation. Trump has publicly mulled firing the former FBI director and has repeatedly sought to influence his investigation through public warnings.

On Friday, Trump seemed to say that the new indictments should put an end to allegations of campaign collusion. “It’s time we stop the outlandish partisan attacks, wild and false allegations, and far-fetched theories, which only serve to further the agendas of bad actors, like Russia,” he said in a subsequent statement issued by the White House.

The group was said to be based in Putin’s hometown of Saint Petersburg, but some of the accused traveled to the United States for political intelligence gathering. Stops included Nevada, California, New Mexico, Colorado, Illinois, Michigan—a pivotal state in the election—Louisiana, Texas, Georgia and New York, according to the indictment.

An unnamed Texas-based American political operative is said to have instructed them to focus on so-called “purple states”—which swing between Republican and Democratic control.

The group organized pro-Trump rallies in Florida, New York and North Carolina, but much of its work was focused on producing material that was damaging to Clinton and Trump’s Republican rivals Ted Cruz and Marco Rubio.

The group purchased ads on social media and other websites either “expressly advocating for the election of then-candidate Trump or expressly opposing Clinton,” the indictment said. Other ads encouraged blacks and Muslims not to vote, and alleged voter fraud in several states.

Two of the firms are said to have Russian government contracts.

Known as Putin’s “chef,” Prigozhin runs a company that works for the Kremlin to cater at receptions. He has been photographed with the Russian president. His Concord group is already under U.S. sanctions. Prigozhin made light of the allegations, according to Russia’s RIA Novosti state news agency.

“Americans are very impressionable people. They see what they want to see. I have great respect for them. I am not at all upset that I am in this list. If they want to see a devil, let them,” he said.

In carrying out the influence campaign, Prigozhin’s group is accused of buying U.S. social security numbers and bank account numbers.

In a separate filing, Mueller indicted an American identified as Ricardo Pinedo for selling such information. None of the 13 Russian suspects are in U.S. custody.

“Thirteen people carried out interference in the U.S. elections? Thirteen against the billion-dollar budgets of the special forces? Against the espionage and counter-espionage, against the newest developments and technologies?” foreign ministry spokeswoman Maria Zakharova wrote on Facebook. “Absurd? Yes. But this is the modern American political reality.”