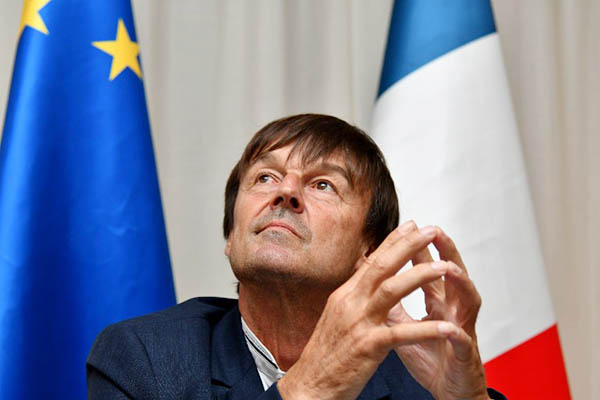 U.S. allies in the G7 said on Monday that action to contain devastating climate change was irreversible and could even be accelerated, despite Donald Trump’s decision to pull the United States out of the Paris accord.

A two-day meeting of environment chiefs from the Group of Seven club of industrialized democracies ended with the U.S. again disassociating itself from a statement underlining the importance of implementing the 2015 Paris deal on curbing carbon emissions. Trump’s representative at the meeting, Scott Pruitt, the head of the Environment Protection Agency, was unrepentant, insisting U.S. action spoke louder than words.

“Respective of the importance to engage with longstanding allies and key international partners, we approached the climate discussions head on from a position of strength and clarity,” he said in a statement. “We are resetting the dialogue to say Paris is not the only way forward to making progress … [Paris] is not the only mechanism by which environmental stewardship can be demonstrated,” added Pruitt, who had left the meeting on Sunday evening to attend Trump’s first full cabinet meeting on Monday.

French minister Nicolas Hulot said U.S. allies were determined not to let Trump’s controversial climate stance “poison” cooperation on other ecological issues, and said the world could work around the U.S. position, even though it is a damaging one. “The only legal framework for climate negotiations is the accord and objectives fixed in Paris and there is no doubt that they are irreversible,” said Hulot, a former TV star and a longstanding environmental campaigner who was persuaded to enter government by new French President Emmanuel Macron.

Hulot said U.S. commitments on other environmental issues, notably cleaning up the world’s plastic-choked oceans, were not in doubt, and the commitment of industry players to green technologies and renewable energy would not be affected by Trump’s position. While acknowledging that Trump’s ending of U.S. financing for developing countries affected by climate change was an important setback, he said France and other countries were looking at ways of compensating through multilateral development banks.

“The transition to a low-carbon economy is on the march and it has an irreversible dynamic, including in the United States,” he said in comments that played on the name of Macron’s Republique en Marche party. “Now we want to try and accelerate rather than hit the brakes,” Hulot added, promising to step up carbon-curbing overhauls at a national and European level.

The meeting’s divided conclusion mirrored events at a meeting of G7 leaders attended by Trump in Sicily last month, which sparked a rift with Germany in particular. Hulot added: “Symbolically it is important that the U.S. remains in an environmentalist dynamic, even if it wants to maintain a degree of latitude on climate change and prefers a bilateral approach to a multilateral one on that issue.”

Environmental groups were less forgiving of the U.S. stance. Greenpeace’s Jennifer Morgan, said: “Paris is non-negotiable and the leadership shown by the G6 countries, along with the cities, states and businesses in the U.S. in moving the agreement forward swiftly is fundamental. Real leaders can and should deliver on clean energy promises in a way that is equitable and strengthens communities.”

Trump announced this month that the U.S. would not be bound by Paris targets on reducing greenhouse gas emissions, saying they were unfairly damaging to the American economy and overly generous to India and China. The Paris accord is aimed at capping the increase in global temperatures at two degrees Celsius above pre-industrial levels.

Scientists warn that the alternative is unprecedented devastation as sea levels rise and extreme storms, droughts and heatwaves becoming more common, endangering crops and fragile environments with knock-on effects in the form of new conflicts and mass movements of people escaping affected areas.