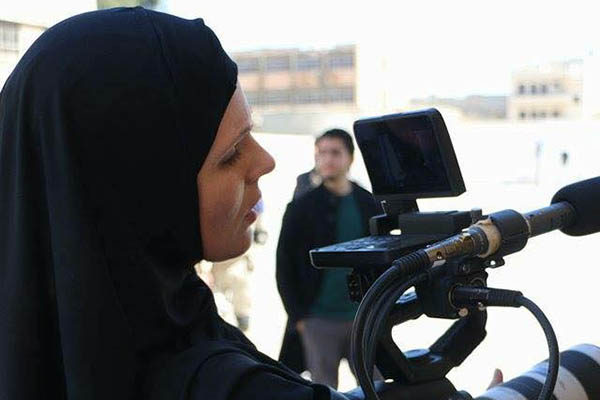 State Department says Lindsey Snell has been charged with violating a military zone.

An American journalist has been arrested in Turkey and charged with “violating a military zone” after she returned from war-torn Syria, U.S. officials said on Wednesday.

U.S. State Department spokesman John Kirby said Lindsey Snell had been detained on Aug. 6, and that U.S. consular officials had been able to visit her almost three weeks later on Aug. 26. Snell’s Twitter biography identifies her as an Istanbul-based video journalist who has contributed to several western networks and news organizations including MSNBC, Vice News and ABC.

On Facebook, she describes herself as hailing from Daytona Beach, Florida and to have graduated from the University of Florida in 2005. She is a Muslim and wears a headscarf in pictures.

Her last tweets were sent on Aug. 5, when she referred to having been imprisoned for 10 days by militants from the Al-Nusra Front before escaping with the aid of a “brave man on a motorcycle.” On her Facebook page, again on Aug. 5, she said she had been able to document her time in Nusra’s captivity with her cellphone.

“It’s a crazy story,” she wrote. “A cave prison (the previous tenant of my cell had marked his days in residence in blood on the walls), masked villains, motorcycle escapes and disguises. I can’t wait to share the details.”

There was no reference to her having arrived in Turkey, but the country would be the obvious first destination of anyone trying to flee the Aleppo region of Syria after escaping a kidnapping.

“She was detained in Turkey. As I understand it she journeyed to Turkey from Syria,” Kirby told reporters in Washington. “She is currently being held at a prison facility in Hatay province. What we understand is that she has been charged with violating a military zone, but I can’t speak to her reasons for being in Syria and traveling there,” he added.

Hatay is a far southern province of Turkey that borders on Syria’s Aleppo governorate, currently the scene of fierce fighting between Syrian government forces and a variety of rebel groups.

Turkish forces are deployed to the border area as part of efforts to control the flow of fighters and weapons to the civil war.