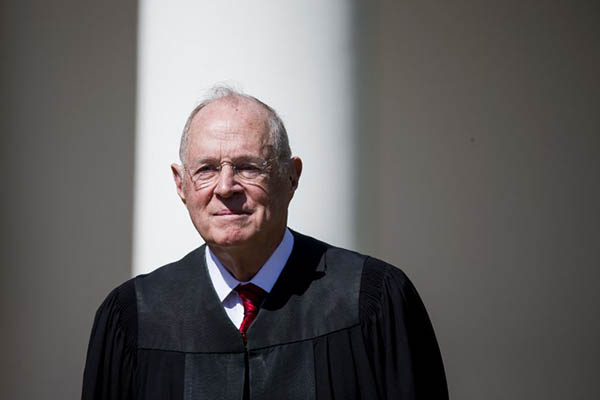 Supreme Court Justice Anthony Kennedy, who has often cast the tie-breaking vote between the top U.S. court’s liberal and conservative judges, on Wednesday announced his intention to retire.

Kennedy’s departure at the end of July will give President Donald Trump the chance to appoint a more staunchly conservative judge to the nine-seat bench, potentially spelling a historic swing to the right for the court, which exerts a deep and far-ranging influence on American life.

“It has been the greatest honor and privilege to serve our nation in the federal judiciary for 43 years, 30 of those on the Supreme Court,” Kennedy was quoted as saying in a statement announcing his decision.

Nominated by president Ronald Reagan, the 81-year-old Kennedy took his oath of office in 1988. He said his decision to step aside was based on his deep desire to spend more time with his family.

Paying tribute to Kennedy as “a great justice of the Supreme Court,” Trump told reporters the replacement process will “begin immediately.”

“Hopefully we will pick someone who is just as outstanding,” he told reporters in the Oval Office.

Kennedy’s vote, positioned at the very center of the court, gives him a place of special prominence among the nine justices. He has cast the deciding vote in a number of historic cases, including the high court’s groundbreaking decision in 2015 legalizing gay marriage, a five-to-four decision for which he wrote the opinion.

For years, he has infuriated conservatives with decisions striking down prayer at public school graduations and upholding abortion rights—and exasperated liberals with decisions on affirmative action and campaign finance laws.

His departure will give Trump his second Supreme Court pick since arriving at the White House, following the nomination of Neil Gorsuch, and could spell a decisive shift to the right for the top judicial body.

Gorsuch was sworn in in April last year to fill a more than year-long vacancy left by the death of conservative justice Antonin Scalia.