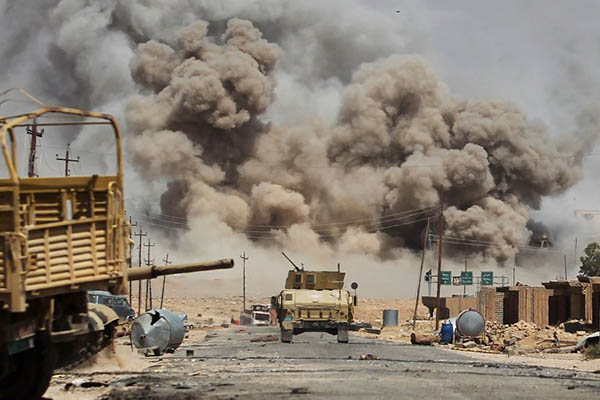 The U.S.-led coalition fighting the I.S. group in Syria and Iraq acknowledged on Thursday the deaths of 16 more civilians in airstrikes, increasing the toll of civilians killed in the past three years to at least 817.

The coalition said in a statement that it had completed a review in November of 101 reports of potential civilian casualties, of which 92 were deemed non-credible. The remaining nine, relating to strikes between March 20 and Oct. 17, were considered credible and resulted in 11 civilian casualties.

The coalition also added another five civilian casualties to its count, based on previous reports of attacks it had earlier said it was not responsible for.

“To date, based on the information available, [the coalition] assesses at least 817 civilians have been unintentionally killed by Coalition strikes” since the beginning of the campaign against the Islamic State jihadist group in August 2014, the statement said.

As of the end of November, 603 reports were still being examined.

Coalition forces have conducted 28,562 strikes against I.S. targets in three years, resulting in 1,799 reports of potential civilian casualties of which only 208 were deemed credible, the statement read.

According to a recent New York Times survey in Iraq, 20 percent of coalition airstrikes have resulted in civilian casualties, a much higher proportion than the coalition’s claimed 0.36 percent. Monitoring group Airwars insists that the number of civilian deaths acknowledged by the U.S.-led coalition is well below the true civilian toll of the bombing campaign, estimating that almost 6,000 innocent lives have been lost.