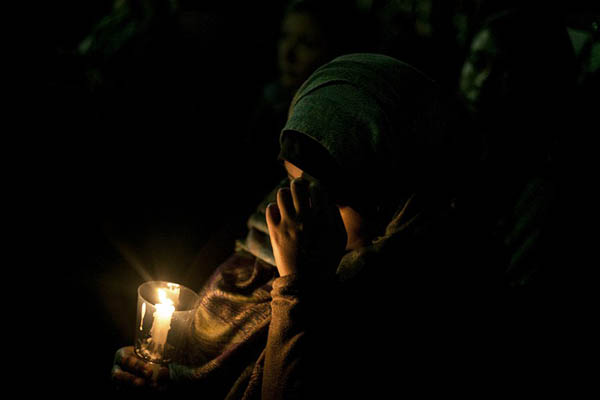 The murder of three Muslim students in the United States has sparked accusations in the Arab world of double standards by American media in their coverage of the attack.

Details of the shooting in the North Carolina university town of Chapel Hill on Tuesday emerged slowly, with social media users leading the way ahead of conventional media. By the time it had garnered national coverage, thousands were posting messages on Twitter with the hashtag #MuslimLivesMatter while dissecting cautious media reporting on the possible motives of the gunman.

Ibrahim Negm, the assistant to Egypt’s Grand Mufti, wasted no time in denouncing “the American media’s silence on this racist attack,” according to a statement from his office.

Ali al-Qaradaghi, the secretary general of the International Union of Muslim Scholars, described the shooter as a “terrorist.”

“International media went silent,” he wrote on Twitter. “Will world leaders meet for them?” he asked, in apparent reference to a march of leaders in Paris after last month’s deadly Islamist militant attacks on the Charlie Hebdo weekly and a kosher store.

Others underscored what they said was an unusual wariness to ascribe motives to the crime, compared with coverage of militant attacks by Muslims.

Dozens of students staged a demonstration in Gaza on Thursday in solidarity with the murder victims. “We condemn the willful and unjustified ignorance of the international media in general, and the American media in particular, in the treatment of this case,” said protester Said al-Hathom.

The shooter has been identified as Craig Stephen Hicks, 46, who made anti-religious comments on his Facebook page and once uploaded a picture of his revolver. Police were probing whether his apparent hostility for religion factored in his alleged murder of Deah Shaddy Barakat, 23, his wife Yusor Mohammed, 21, and her sister Razan Mohammed Abu Salha, 19.

The father of the two slain women said one of his daughters had told him Hicks “hates us for what we are and how we look.” But Chapel Hill police said in a statement their investigation thus far pointed to a neighbor dispute over parking. One news channel interviewed the suspect’s wife, who denied the shooting was racially or religiously motivated.

“It’s striking that a sort of moderate, cautionary approach is employed when it is a non-Muslim Caucasian killing three young people,” said H. A. Hellyer, a Cairo-based analyst. “That’s the right approach—but it ought to be like that all the time,” said Hellyer, who works with the Brooking Institute’s Project on U.S. Relations with the Islamic World.

Some were quick to demand leading atheists apologize for the shooting, as Muslims are often asked to do when an Islamist militant conducts an attack. “Sorry @RichardDawkins no matter how many times you condemn #ChapelHillShooting we are just going to keep assuming you haven’t and don’t,” author Reza Aslan wrote sarcastically to prominent British atheist and author Richard Dawkins after he condemned the shooting.

Journalists have pointed out the news broke overnight, and some questioned the calls to quickly ascribe an ideological motive to the shooter—precisely what many Muslims decry in coverage of Islamist attacks. “While I can understand that time difference plays a role and that U.S. media ultimately woke up to the news—literally and figuratively—their delay had been glaring, and justly lambasted,” said Egyptian analyst and journalist Mohamed El Dahshan.