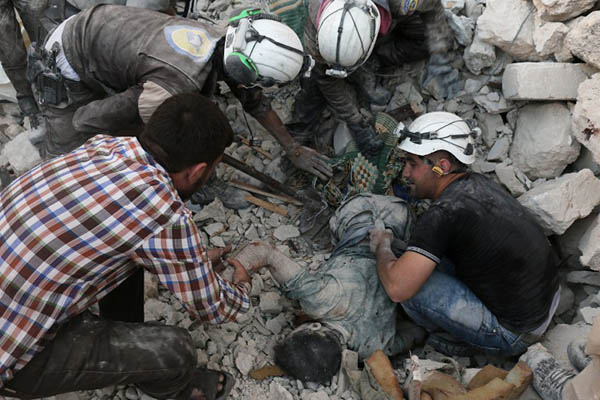 The U.S. military on Thursday confirmed 14 new deaths resulting from the bombing campaign against the Islamic State group, bringing the total official toll to 55 killed.

The announcement from the U.S. Central Command (Centcom), which oversees U.S. military operations in the Middle East, followed an internal investigation into six U.S. airstrikes between July 28, 2015 and April 29, 2016.

“In each of the cases released today, the assessment determined that although all precautions were taken and the strikes complied with laws of armed conflict, civilian casualties unfortunately did occur,” said Centcom in a statement.

Critics of the U.S.-led airstrikes have accused the coalition of underestimating the number of resulting civilian deaths. The updated toll comes after the coalition announced Wednesday a formal investigation to determine whether its July 19 airstrikes near Manbij in Syria claimed civilian lives.

The London-based Syrian Observatory for Human Rights said at least 56 civilians, including 11 children, died as they fled from a village near Manbij, a strategic waypoint between Turkey and the jihadist stronghold of Raqa.

According to the Observatory, around 600 Syrians, including 136 children, have been killed in coalition airstrikes since September 2014.

Airwars, another London NGO, estimates that the international airstrikes in Syria and Iraq have killed more than 1,500 civilians.

The Centcom investigation found that among those killed were three civilians, who died in an April 5 strike on Mosul, Iraq targeting an I.S. group financial storage facility. Four more civilians died in Mosul on April 29 during strikes targeting the Australian Neil Prakash—considered to be an influential I.S. group recruiter—who also died in the bombardment.

In another strike on April 26 near Qayyarah in Iraq, one civilian died when a motorcycle “unexpectedly appeared in the target area after the U.S. aircraft had already released its weapon,” Centcom said. “We deeply regret the unintentional loss of life and injuries resulting from our airstrikes and express our sympathies to those affected,” Centcom said.