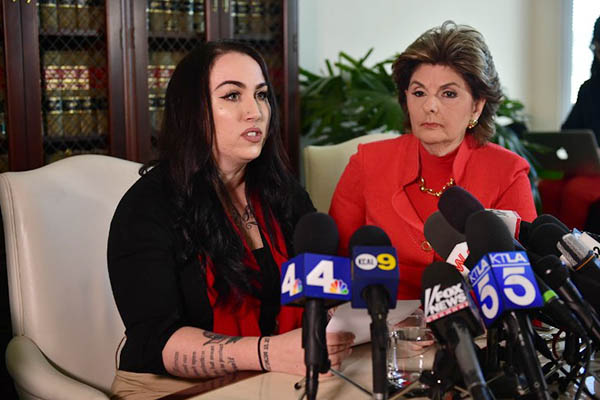 Pentagon official admits in press conference he is uncertain how to deal with the problem.

The Pentagon faced a burgeoning scandal on Friday as more pictures of naked female service members apparently shared without their consent by male colleagues have turned up on secret social media sites.

General Robert Neller, the commandant of the Marine Corps, appeared embarrassed and uncertain how to deal with the problem, which first surfaced among members of his elite force. “I am generationally challenged here,” he told a Pentagon news conference. “I don’t do social media. Maybe that’s my mistake.”

The scandal broke over the weekend with the revelation that pictures of female Marines in various stages of undress had been shared in a secret Facebook group called “Marines United.” Membership in the group was restricted to current and former Marines, but it had as many as 30,000 members before it was taken down.

The story was first reported by The War Horse, a news group run by Marine veteran Thomas Brennan. He said some of the photos were taken surreptitiously, while others had been taken by the women themselves but shared without their consent. The pictures, often accompanied by lewd commentary, gave the women’s names and units in some cases.

That was followed by a report on Thursday that hundreds of pictures of naked women from all the military services were being shared on another image-sharing site, AnonIB. Business Insider, an online news site, said the message board was threaded with conversations among men, many of whom asked for naked photographs of specific women, often identifying them by name and where they were stationed.

Neller, who has formed a working group to deal with online harassment, said fewer than 10 female Marines were known to have been victimized. “But we would encourage anybody else that has been involved to come forward,” he said.

Women have long been part of the U.S. military, and last year former president Barack Obama ordered the military to open all combat units to them. Of all the services, however, the Marines have been most resistant to accepting women in combat roles, an issue Neller addressed on Friday in almost pleading terms.

U.S. Defense Secretary Jim Mattis, himself a retired Marine four star general, took a tougher tone, denouncing the online behavior as “egregious violations of the fundamental values we uphold at the Defense Department.”

“The chain of command is taking all appropriate action to investigate potential misconduct and to maintain good order and discipline throughout our armed forces,” he said in a statement. “Lack of respect for the dignity and humanity of fellow members of the Department of Defense is unacceptable and counter to unit cohesion,” he said. “We will not excuse or tolerate such behavior if we are to uphold our values and maintain our ability to defeat the enemy on the battlefield.”

Pentagon spokesman Jeff Davis urged members of the military to report online misconduct to their chain of command. If they weren’t comfortable going to their superiors, he said, they could go to family support services, equal opportunity offices, sexual harassment prevention teams, the Pentagon’s inspector general’s office or law enforcement.