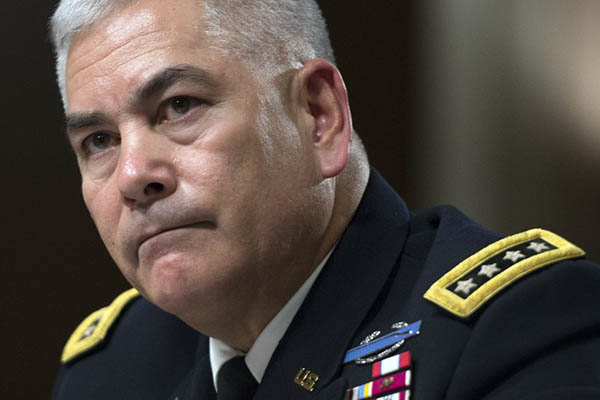 The American airstrike on a Kunduz hospital was a mistake, the top U.S. commander in Afghanistan acknowledged Tuesday, as the Pentagon expressed deep regret for the deaths.

The remarks came as commanding General John Campbell urged Washington to consider boosting its post-2016 military presence to repel a Taliban upsurge and stabilize a “tenuous security situation” in the war-ravaged nation.

Three separate investigations are underway to determine what happened early Saturday in Kunduz when bombs rained down on the hospital operated by Doctors Without Borders and killed 22 people, but the Pentagon acknowledged that the attack was a tragic error.

“Doctors Without Borders does important work all around the world, and the Department of Defense deeply regrets the loss of innocent lives that resulted from this tragic event,” Defense Secretary Ashton Carter said in a statement released while he visits Rome as part of a European trip. “When we make mistakes, we own up to them,” Carter added. “That’s exactly what we’re doing right now.”

Earlier in the day, Campbell told Congress that the “hospital was mistakenly struck” by U.S. forces on Oct. 3, and said he has ordered American forces in Afghanistan to undergo re-training on rules of engagement. “We would never intentionally target a protected medical facility,” Campbell testified before the Senate Armed Services Committee.

The general stressed that while it was the Afghans who called for the strike, ultimately the decision to launch rested with Americans. “Our forces provided close air support to Afghan forces at their request,” Campbell said. “To be clear, the decision to provide aerial fire was a U.S. decision made within the U.S. chain of command,” he said, adding that American special forces were “on the ground” in the area shortly before the strike.

He said U.S. officials were communicating with Doctors Without Borders, also known by its French name Medecins Sans Frontieres (MSF), to get “all sides of the story.”

MSF branded the strikes a war crime, and has pulled out of Kunduz in the aftermath of the attack. “The hospital was deliberately bombed,” MSF International’s president Joanne Liu said in a statement that called the attack “unacceptable.”

Liu said 12 MSF staff were among the dead, along with 10 patients including three children. “Until proven otherwise, the events of last Saturday amount to an inexcusable violation of this law” protecting health facilities during conflict zones, she said. “We are working on the presumption of a war crime.”

Campbell pointed to various “setbacks” in battling insurgents in Afghanistan, including those who briefly seized control of the northern city of Kunduz.

The White House is being forced to review whether to press ahead with plans for the final exit of U.S. troops by late 2016, the end of Barack Obama’s presidency, and leave an embassy-based force of about 1,000 in Afghanistan.

Campbell warned Washington might need to reverse that drawdown. “Based on conditions on the ground, based on the transitions I have talked about, I do believe that we have to provide our senior leadership options different than the current plan that we’re going with,” he said.

Afghanistan is at “a decisive point” given the surge in violence, he said, noting the growing presence of Islamic State and Al Qaeda fighters even while praising Afghan President Ashraf Ghani as a strong and willing U.S. partner. And he warned that the Afghan security forces’ “uneven performance in this fighting season also underscores that their shortfalls will persist well beyond this year.”

Campbell said he has provided Obama with “recommendations to adjust to the new environment,” but did not reveal his troop level options.

U.S. forces in Afghanistan currently stand at about 9,800. Campbell said Obama has provided him with “flexibility” to slow the drawdown. “We would not have the ability to conduct counterterrorism as I do today if we were just based in Kabul,” he added.

As a sign of the changing security landscape and counterterrorism challenges in the country, he said that Daesh, the Arabic name for Islamic State, now has between 1,000 and 3,000 fighters in Afghanistan.