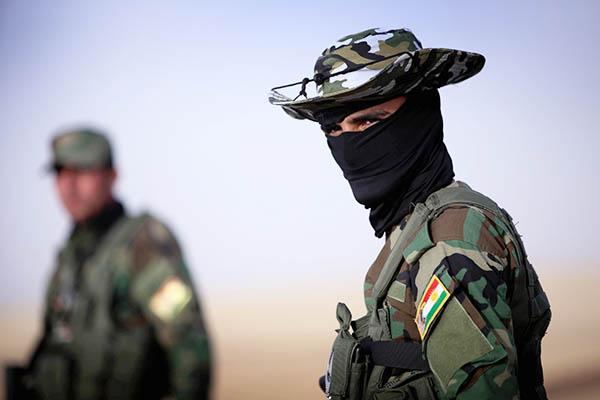 Militants have seized the Iraqi city of Tikrit as a jihadist offensive sweeps closer to Baghdad, prompting the U.N. Security Council to convene crisis talks on Thursday while the U.S. mulls airstrikes on the rebels.

The Islamic State of Iraq and the Levant (ISIL) seized the second city of Mosul on Tuesday and has since captured a large swathe of northern and north-central Iraq including Tikrit—the hometown of executed dictator Saddam Hussein.

ISIL spokesman Abu Mohammed al-Adnani promised the battle would “rage” on the capital Baghdad and Karbala, a city southwest of the capital that is considered one of the holiest sites for Shia Muslims, the SITE Intelligence Group said.

The U.N. Security Council swiftly convened a meeting to discuss the crisis in a sign of growing international alarm at the fast-moving situation. Diplomats said the closed consultations would begin at 11:30 a.m. and would include a briefing by video link from the U.N. special representative to Iraq, Nickolay Mladenov.

Washington is considering several options for offering military assistance to Baghdad, including drone strikes, according to a U.S. official who spoke on condition of anonymity. Resorting to such aircraft—used in Afghanistan and Pakistan in a highly controversial program—would mark a dramatic shift in the U.S. engagement in Iraq, after the last American troops pulled out in late 2011.

State Department spokeswoman Jen Psaki said the U.S. was committed to “working with the Iraqi government and leaders across Iraq to support a unified approach against ISIL’s continued aggression.” But there is no current plan to send U.S. troops back into Iraq, where around 4,500 American soldiers died in the bitter conflict.

White House spokesman Jay Carney said Washington “strongly condemns” the ISIL attacks and “will stand with Iraqi leaders.” And U.N. Secretary-General Ban Ki-moon urged the international community to unite behind Iraq, warning that “terrorism must not be allowed to succeed in undoing the path toward democracy in Iraq.”

ISIL vowed on Twitter that it would “not stop this series of blessed invasions” that have seen the fall of the whole of Nineveh province in the north and swathes of Kirkuk and Saleheddin provinces further south. Tikrit was the second provincial capital to fall in as many days as the jihadists and their allies captured a string of mainly Sunni Arab towns where resentment against the Shia-led government runs deep.

“All of Tikrit is in the hands of the militants,” a police colonel said of the Salaheddin provincial capital, which lies half way between Baghdad and Mosul. Another officer said the militants had freed some 300 inmates from a prison there.

After Tikrit’s fall, the operation spread down the main highway toward Baghdad, with militants battling security forces on the northern outskirts of Samarra, just 110 kilometers from the capital.

State television said security forces responded with airstrikes, and residents said the fighting subsided without the militants entering the city. Militants had already tried to seize the city late last week, and were halted only by a massive deployment of troops, backed by tribal militia and air power.

Samarra is mainly Sunni Arab but is home to a shrine revered by the country’s Shia majority, a site that was bombed by Al Qaeda in 2006 and sparked a Shia-Sunni sectarian conflict that left tens of thousands dead.

The lightning advance poses significant challenges to Baghdad, with the New York-based Eurasia Group risk consultancy saying jihadists would be bolstered by cash from Mosul’s banks, hardware from military bases and hundreds of men they freed from prison.

In his weekly address Wednesday, Prime Minister Nuri al-Maliki merely renewed his call to arm civilians to resist the jihadists. Maliki urged Nineveh’s residents “and its tribes to stand with the army and police.”

In Tehran, Foreign Minister Mohammad Javad Zarif said Shia Iran “offers its support to the government and people of Iraq against terrorism.”

The swift collapse of Baghdad’s control, which comes on top of the loss of Fallujah, west of Baghdad, at the start of the year, has been a blow for Western governments that invested lives and money in the invasion that toppled Saddam in 2003. However, Foreign Secretary William Hague said there was “no question” of British troops being sent back to Iraq.

The International Organization for Migration said sources in Mosul estimated the violence leading up to the jihadists’ takeover saw over 500,000 people displaced in and around the city.

On Wednesday, gunmen in military uniforms and all-black clothing guarded government buildings and banks in the city, residents told AFP by telephone. Militants stormed the Turkish consulate and kidnapped 49 people including the head of the mission and three children, a Turkish official said.

They were in addition to 31 Turkish truck drivers seized by ISIL at a Mosul power station, and Ankara pledged harsh reprisals if any were harmed.

Known for its ruthless tactics and suicide bombers, ISIL is arguably the most capable force fighting President Bashar al-Assad inside Syria as well as the most powerful militant group in Iraq. In a show of its determination to unite its thousands of fighters in the two countries, the group posted photographs on the Internet of militants bulldozing the border berm to open a road.