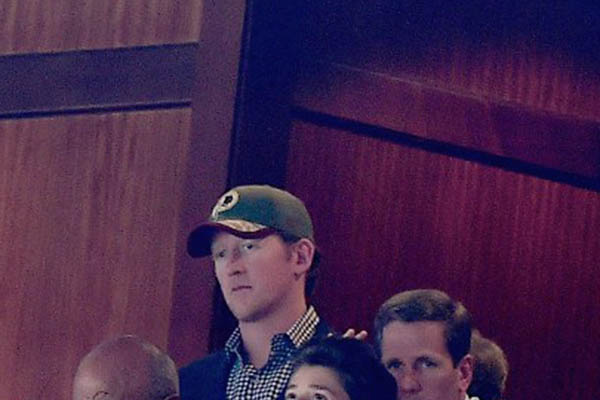 SEAL colleagues of Rob O’Neill, who claims to have killed the Al Qaeda chief, have criticized his decision to seek personal recognition.

The former U.S. Navy Seal who claims to be the soldier who fired the shots that killed Osama Bin Laden is being investigated for possibly leaking classified information, the U.S. military confirmed on Tuesday.

U.S. Navy spokesman Ryan Perry said investigators were probing claims that Rob O’Neill had broken the law by disclosing details about the daring 2011 raid that ended a 10-year manhunt for Bin Laden. “The Naval Criminal Investigative Service (NCIS) is in receipt of an allegation that Mr. O’Neill may have revealed classified information to persons not authorized to receive such information,” said Perry said in an email. “In response, NCIS has initiated an investigation to determine the merit of the allegations.”

O’Neill, 38, ignited a firestorm of controversy last month after coming forward to claim that he was the man who shot Bin Laden through the forehead at his hideout in Pakistan three years ago. The highly decorated Montana native told The Washington Post that he was near the head of the column of U.S. soldiers that raided Bin Laden’s Abbottabad compound, adding that at least two other SEALs fired shots.

However, O’Neill’s decision to go public dismayed military brass and serving SEALS who maintain a fierce, Omerta-like code of silence.

Another former Seal, Matt Bissonnette, who published his account of the raid, No Easy Day in 2012, took issue with O’Neill’s version of events. “Two different people telling two different stories for two different reasons,” Bissonnette said. “Whatever he says, he says. I don’t want to touch that.”

But his decision has been met with anger from plenty of his SEAL colleagues. In an Oct. 31 letter to the Naval Special Warfare Command ranks, Force Master Chief Michael Magaraci and Rear Admiral Brian Losey stressed that a “critical tenet” of the force was to “not advertise the nature of my work nor seek recognition for my action.”

O’Neill had already served nearly 15 years as a SEAL by the time of the raid on bin Laden’s compound, and was serving in the elite SEAL Team Six unit. In 2009, he served on a mission to rescue a ship captain from pirates off the coast of Somalia. The story was turned into a film starring Tom Hanks as the captain, Richard Phillips.