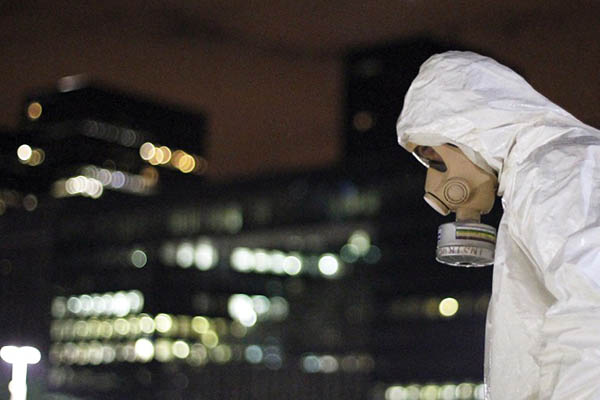 Representatives for both Washington and London say their nations prefer a ‘realistic,’ step-by-step approach.

The U.S. representative at a major conference on nuclear weapons rejected calls Tuesday for a treaty immediately eliminating them, saying Washington prefers a “step-by-step” approach.

“We think the most practical and realistic approach is to pursue reductions step-by-step,” Adam Scheinman, special U.S. representative for Nuclear Nonproliferation, told reporters on the sidelines of the conference in Vienna. “As security conditions permit, we can move to still deeper reductions as President Obama has committed to. But the idea of moving automatically to a treaty that would immediately eliminate all nuclear weapons is probably not the most practical option,” he said.

The comments came at a conference of some 800 representatives from 160 countries and civil organizations in Vienna looking at the potentially catastrophic consequences of a nuclear explosion. Organizers hope it will inject momentum into stalled efforts to reduce nuclear stockpiles, with some participants calling for a treaty calling for the immediate scrapping of all the world’s atomic weapons.

It was the third gathering of its kind and the first that the United States, together with Britain, has attended. Fellow nuclear-armed nations Russia, China and France however were absent. Nuclear-armed India and Pakistan also attended, but other no-shows were North Korea, which has conducted three nuclear tests, and Israel, widely believed also to have atomic weapons.

The number of nuclear weapons—90 percent of them U.S. or Russian—have fallen dramatically since the end of the Cold War thanks to treaties like the New Strategic Arms Reduction Treaty (START), the Moscow Treaty and New START. But there remain around 16,300. Some 4,000 of these are “operationally available,” and some 1,800 are on “high alert” and ready for use on short notice, according to the Bulletin of Atomic Scientists group.

The follow-through on an “action plan” adopted at a 2010 meeting of signatories to the Nuclear Nonproliferation Treaty (NPT), in particular 22 disarmament steps, has however “very disappointing,” said Kingston Reif from the Arms Control Association.

Since New START entered into force in 2011, Russia and the U.S. have failed to commence talks to further reduce their nuclear stockpiles, while progress toward an entry into force of the Comprehensive Test Ban Treaty (CTBT) is stalled, Reif said. Efforts toward further measures, including at a new NPT review conference in May 2015, have also been stymied by tensions between Moscow and Washington over the Ukraine crisis, experts say.

Britain’s representative in Vienna, Susan le Jeune d’Allegeershecque, agreed with her U.S. counterpart. “Some have argued that the way to this goal [of a world without nuclear weapons] is to ban nuclear weapons now, or to fix a timetable for their elimination,” she said. “The U.K. considers that this approach fails to take account of, and therefore jeopardizes, the stability and security which nuclear weapons can help to ensure,” she said.