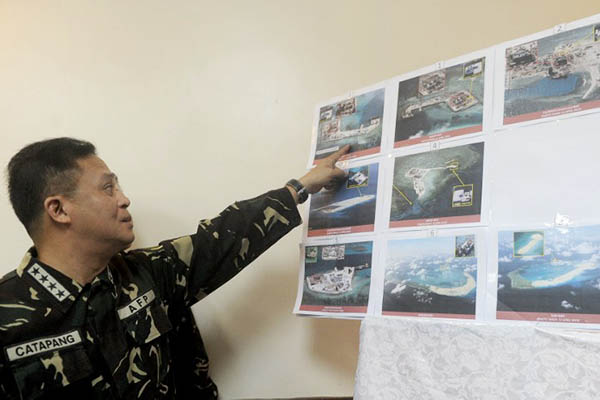 State Department says construction on disputed territory is unlikely to contribute to peace and stability.

The United States on Friday swiftly rejected a suggestion by a top Chinese military official who said that disputed South China Sea islands could be used for international rescue and relief operations.

Beijing has been roundly criticized by the West for construction work on islands in the South China Sea, including the building of an airstrip and other structures.

The Wall Street Journal and other U.S. news organizations, citing a report on the Chinese Defense Ministry website, said Admiral Wu Shengli made the offer to his U.S. counterpart, Admiral Jonathan Greenert, in a video conference. Wu said China’s reclamation work on the disputed islands “will not threaten freedom of navigation and overflight” and will enhance the capacity for weather forecasting, maritime search and rescue and other public goods, and help to protect international maritime security, The Journal said, quoting the Chinese defense ministry report.

“We welcome international organizations, the U.S. and relevant countries to use these facilities, when conditions are ripe, to conduct cooperation on humanitarian rescue and disaster relief,” the Chinese admiral was quoted as saying.

State Department acting deputy spokesman Jeff Rathke said Washington was not interested. “Building facilities on reclaimed land in disputed areas will not contribute to peace and stability in the region,” Rathke told reporters. “This is true even if, as some Chinese officials have stated, the facilities in question were used for civilian disaster response purposes.”

He added: “If there is a desire to reduce tensions, China could actively reduce them by taking concrete steps to halt land reclamation.” Beijing should “work with existing multilateral mechanisms for humanitarian and disaster relief,” such as one under the umbrella of the Association of Southeast Asian Nations (ASEAN).

ASEAN issued a statement on Monday at the close of a summit in Malaysia expressing “serious concerns” over China’s land reclamation on reefs whose sovereignty is contested. Beijing insists it has sovereignty over almost all of the South China Sea, parts of which are claimed by several other Asian nations.

The construction work has triggered fears of tightening Chinese control over the seaway.