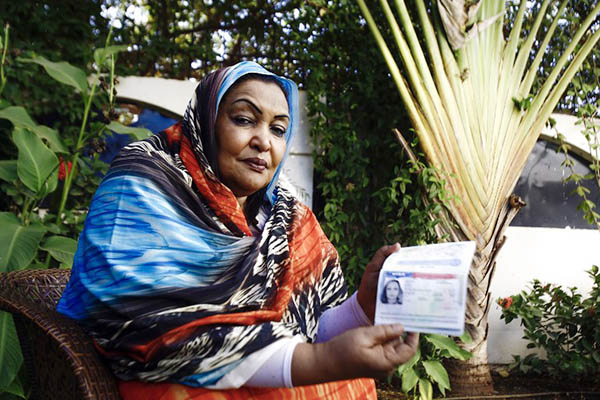 White House claims 109 people were held for questioning upon arrival under executive order.

“Fewer than 60,000 individuals’ visas were provisionally revoked to comply with the Executive Order,” said Will Cocks, spokesman for the department’s bureau of consular affairs. “We recognize that those individuals are temporarily inconvenienced while we conduct our review under the Executive Order,” he said. “To put that number in context, we issued over 11 million immigrant and non-immigrant visas in fiscal year 2015,” he said, insisting national security remains “top priority.”

A week ago, Trump issued an executive order halting arrivals for at least 90 days for the citizens of Iran, Iraq, Libya, Somalia, Sudan, Syria and Yemen. All refugee arrivals from around the world were also halted, in this case for 120 days.

During the 90 day period, the U.S. administration will review visa procedures with a view to introducing what Trump has called “extreme vetting” to weed out extremists.

U.S. officials have denied the ban amounts to an anti-Muslim measure, despite the order saying “religious minorities” in the mainly Muslim countries will get priority treatment.

Trump said the move is needed to tighten U.S. security against foreign terror threats, citing the September 11, 2001 attacks despite the hijackers having no links to the named countries. In the days after the move, dozens of visitors with valid visas and many with “Green Card” residency permits were detained on arrival at airports and many were sent back.

The White House has said 109 people were held for questioning upon arrival under Trump’s executive order. U.S. media have cited homeland security officials as saying many hundreds were denied boarding to the U.S. as the ban was rolled out.