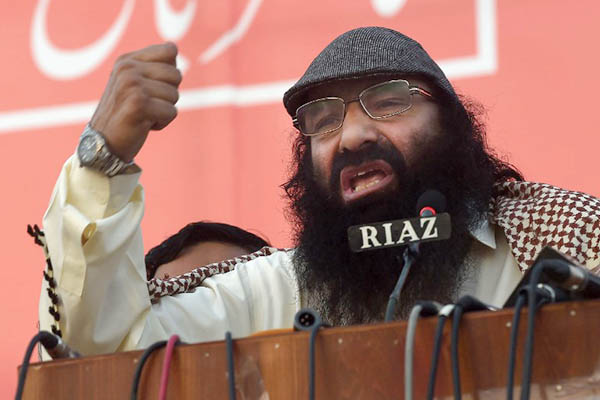 The U.S. State Department imposed sanctions on Monday on Syed Salahuddin, the senior leader of the Kashmiri group Hizbul Mujahideen.

Salahuddin in September vowed to block any peaceful resolution to the Kashmir conflict, officials said, threatened to train more suicide bombers, and turn the disputed valley “into a graveyard for Indian forces.” The designation slaps sanctions on “foreign persons who have committed, or pose a significant risk of committing, acts of terrorism that threaten the security of U.S. nationals or the national security, foreign policy, or economy of the United States,” the statement read.

The new sanctions mean American citizens are generally barred from doing business with Salahuddin, and all his assets subject to United States jurisdiction are blocked.

Hizbul Mujahideen is one of several homegrown militant groups that have for decades been fighting around half a million Indian troops deployed in the region, calling for independence or a merger with Pakistan. The State Department said that under Salahuddin, Hizbul Mujahideen has claimed responsibility for several attacks.

Kashmir has been divided between India and Pakistan since their independence from Britain in 1947, but both claim the territory in its entirety. The designation was announced just before Indian Prime Minister Narendra Modi was due at the White House for his first face-to-face meeting with President Donald Trump.