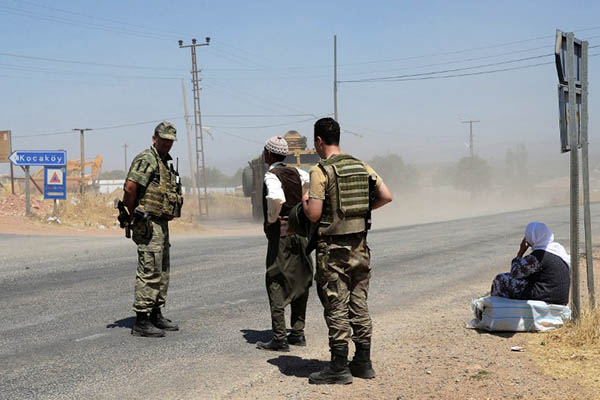 The White House on Sunday backed Turkey’s right to strike back at Kurdish militants, after waves of air and artillery strikes put a fragile ceasefire in jeopardy.

“Turkey has a right to take action related to terrorist targets,” said deputy national security adviser Ben Rhodes after strikes against the outlawed Kurdistan Workers Party (PKK). “The U.S. of course recognizes the PKK specifically as a terrorist organization,” Rhodes said, while welcoming parallel Turkish action against the Islamic State group. “You have seen of course much more assertive Turkish action in both Syria and Iraq in recent days,” said Rhodes.

The strikes on the PKK threw into doubt a ceasefire between Kurdish separatists and Turkey in place since 2013, and could unbalance regional alliances. Two Turkish soldiers were killed by a car bomb in the Kurdish-dominated southeast of the country late Saturday, after separatist rebels warned they would no longer observe the truce after Ankara’s airstrikes.

While the United States has blacklisted the PKK, it has close ties with the Kurdish regional government in northern Iraq, which is also tackling the Islamic State. “We encourage our different partners in this fight to work together,” said Rhodes.

The airstrikes came after a week of deadly violence in Turkey that the authorities blamed on both the PKK and the Islamic State.