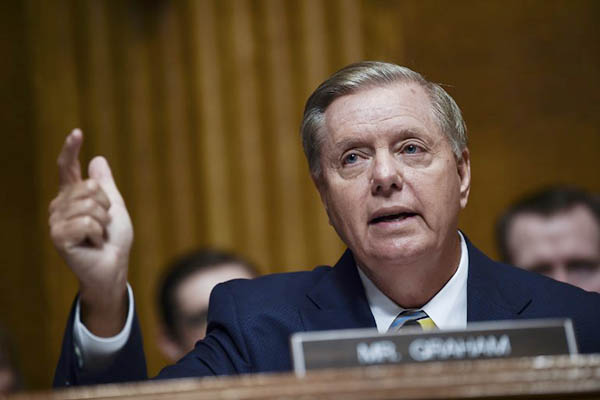 Republican U.S. Senator Lindsey Graham on Tuesday lamented that President Joe Biden had not talked with Prime Minister Imran Khan in the seven months since his election, stressing that coordination with Pakistan was essential for an effective withdrawal of troops from Afghanistan.

On Sunday, U.S. network HBO broadcast an interview with Khan on its Axios program. In it, interviewer Jonathan Swan asked the prime minister whether he had spoken to Biden following his ascension to the U.S. presidency. “No, I have not,” the prime minister said. “Is there a reason for that?” the interviewer followed up. “Whenever he has time, he can speak to me. But now, clearly, he has other priorities,” Khan added.

In a series of posts on Twitter, Graham described the development as “stunning” in light of ongoing U.S. interests in the region. “Stunning to hear that President Biden hasn’t reached out to the Prime Minister of Pakistan Imran Khan regarding the U.S.-Pakistan relationship and Afghanistan,” said the South Carolina lawmaker. “How do we expect our withdrawal from Afghanistan to be effective without coordinating with Pakistan? Clearly the Biden administration believes that our problems in Afghanistan are behind us,” he added.

Graham has been a vocal supporter of continued U.S. engagement with Kabul and Islamabad. During a visit to Pakistan in December 2019, he echoed the incumbent leadership of Khan in wanting a “broader” bilateral relationship between the two countries, with a focus on economic cooperation and peace-building efforts in Afghanistan. “We all know that if Pakistan applied more pressure on the Taliban it would be enormously helpful to resolving the conflict here,” he had told reporters in Kabul after meeting Khan.

“I believe that this decision by the Biden administration to withdraw all forces and not stay engaged with Pakistan is a major disaster in the making, even worse than the blunder in Iraq,” the senator added on Twitter.

Pakistan’s role in the ongoing U.S. withdrawal from Afghanistan has been a key point of discussion in recent weeks, with Afghan President Ashraf Ghani claiming that it would lead to Islamabad, and not Washington, playing a decisive role in determining Afghanistan’s future. The CIA chief also reportedly visited Pakistan on a “secret visit” last month and met the senior military leadership in a bid to secure military bases to bolster the Afghan army’s efforts to counter terrorism.

Prime Minister Khan, however, has maintained that Pakistan would never again permit any foreign nation to use its soil to wage war. During the Axios interview, he responded with “Absolutely not” to Swan asking him if he would allow the American government to have CIA based in Pakistan, or to conduct cross-border counterterrorism missions against Al Qaeda, Islamic State, or the Taliban.